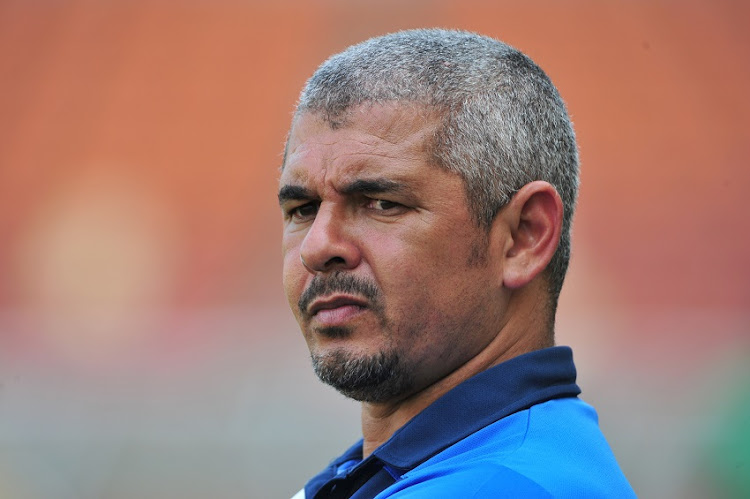 Coaching Chippa United is not for the fainthearted and Clinton Larsen found out the hard way that a day is a long time at the Port Elizabeth club.

Larsen was confident that he would keep his job after United’s 2-1 league defeat to Orlando Pirates at the weekend‚ but notoriously trigger-happy club boss Siviwe "Chippa" Mpengesi had other ideas and fired the coach on Monday morning.

‘‘Not at all‚ none whatsoever‚” said Larsen when he was told that Mpengesi has never been one to remain patient in the face of indifferent results.

“I don’t know if you read the comments I made last week but if you did you’ll know that for me there is absolutely no pressure.

At the beginning of last season Mpengesi fired Dan Malesela after two games and replaced him with Eric Tinkler‚ who was replaced by  Joel Masutha before the end of the same season.

Larsen had claimed at the weekend that the key to his longevity at United was largely due to his decision to play open cards with everyone at the club.

“It’s just the way I work with people‚” he said.

“There’s transparency in everything I do‚ how I deal with my players‚ my back room staff‚ my management you know. “When I was at Celtic the same was said‚ Arrows the same was said. A month into my Chippa tenure I was told not to unpack my bags.

“I have unpacked them by the way.

‘‘Listen‚ we’ll see how it goes but so far I’m happy with the support I’m getting from him (Mpengesi).”

Larsen thought his side deserved to get something out of the Pirates game even though he admitted they didn’t dominate in terms of possession.

“I thought we played in patches‚” he said.

“I think we gave them too much space.

"We did want to keep a low block and break out with pace and I thought in the fifth minute of the game we had a big opportunity when we had that four versus two break. Those are the opportunities you need to bury and we didn’t.

“But I thought in the first half in terms of the chances created‚ we gave as good as we got.

“They did have a one chance which (Patrick) Tignyemb dealt with and they had ball in the wide areas which we wanted to.

“We thought rather we deal with the crosses they put in then they penetrate through the middle. So I think we frustrated them.

“The influence of (Musa) Nyatama‚ (Xola) Mlambo and (Thembinkosi) Lorch‚ through the middle‚ that penetration was almost non-existent. They had to go wide and over the top to get in behind us.

“So in terms of the organisation in the first half I thought the boys executed that tactical plan to perfection. Coming out in the second half we knew they are looking for the goal and they threw everything at us and we had to keep our shape.”

United host Bloemfontein Celtic at the Nelson Mandela Bay Stadium on Saturday and while a replacement is yet to be named‚ Duran Francis will take over the reins as care-taker coach. .

The Port Elizabeth club are 13th on the standings after five matches and they are yet to win a match. They have managed three draws and two defeats.