Mpengesi: 'From today‚ as Chippa United‚ we no longer have a coach called Clinton Larsen' 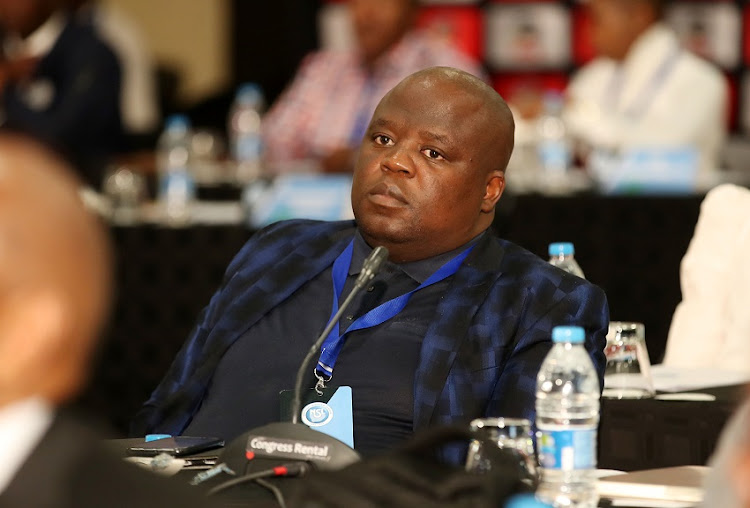 Chippa Mpengesi, Chairman of Chippa United during the 2019 PSL Board of Governors NFD Sponsorship Announcement at the Southern Sun OR Tambo, Johannesburg on the 01 August 2019.
Image: ©Muzi Ntombela/BackpagePix

Chippa United boss Siviwe Mpengesi said Clinton Larsen’s inability to meet targets resulted in him being shown the door at the club.

Larsen was sent packing on Monday after the club’s 2-1 loss away to Orlando Pirates in Soweto at the weekend.

Mpengesi took to the airwaves on Monday morning to break the news on Umhlobo Wenene.

“The target we had set as a team for the coach was seven points from five games‚ but he struggled to even get half of the required points and ended up only getting three‚” Mpengesi said on air.

Larsen‚ who was employed in January replacing Joel Masutha‚ has become the latest in a string of coaches to be sacked by the Chilli Boys.

Chippa had endured a slow start to the season failing to win any of their five matches.

Larsen presided over three draws and two losses. The latest defeat to the Buccaneers was enough to push the notoriously trigger-happy Mpengesi over the edge.

But when asked if he had fired Larsen‚ Mpengesi insisted it was the coach who had opted to leave the club.

“No‚ as a student‚ when you write an examination at school and do not get the correct answers‚ you fail.

Coaching Chippa United is not for the fainthearted and Clinton Larsen found out the hard way that a day is a long time at the Port Elizabeth club.
Sport
2 years ago

“In the PSL there’s this thing called relegation.

"Looking at the pace we are going at of getting three points in five games‚ that means when the season ends we would have collected 18 points.

“So‚ we sat down with the coach and he (Larsen) also admitted that he has been trying to get results but things are not going his way.

“He said to me‚ ‘chairman I am working under a lot of pressure‚ because every game I do not know what will happen’.

“In our meeting on Sunday he asked to be released from the club‚ so officially we agreed to part ways.

“He is the one who left after seeing that the target that we had put as the club‚ which he also agreed to‚ could not be met.

“He said he doesn’t want to be the reason for the club not to do well. From today‚ as Chippa United‚ we no longer have a coach called Clinton Larsen.”

Attempts to reach Larsen both on the phone and via Whatsapp to get his side of the story proved fruitless.

Mpengesi said former professional player Duran Francis‚ who coaches Chippa’s ABC Motsepe League side Peace Makers‚ would take over as caretaker while a replacement was sought for Larsen.

Francis will be assisted by Mbuyiselo Sambu.

“We want Chippa United to go back to its attacking football. Chippa United cannot be a club that takes the back seat and not attack.

“The club has played three games at home without single win and it’s the same thing when it comes to away matches as well.

“We do not want to be the laughing stock of the PSL‚” Mpengesi said.