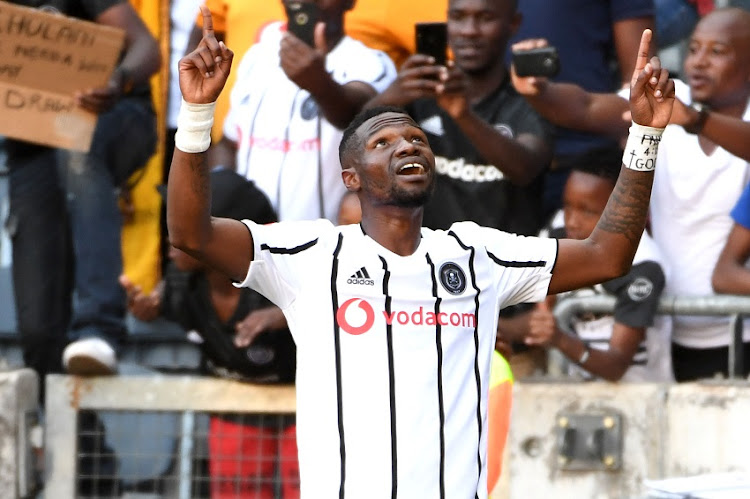 Orlando Pirates coach Rulani Mokwena has showered praise on Tshegofatso Mabasa after the striker opened his account with a brace against Chippa United at Orlando Stadium at the weekend.

Mokwena was impressed and delighted with Mabasa’s brace‚ saying the player did more in the game than just scoring the second half goals that gave Pirates the 2-1 win.

“Apart from the goals he scored‚ the amount of work he did (was impressive)‚” highlighted Mokwena.

“You asked him to do a lot of work on three defenders in terms of assisting us with high pressing and helping to press and defend in smaller areas.

“He was outstanding with that. His movement off the ball… there’s still a lot of work to be done.

“But over and above that‚ I think the things that media and supporters don’t see‚ is what a great human being the boy is.

“He’s extremely intelligent‚ understands tactics and understands the game but at the same time is so humble and coachable and listens to everything that you ask of him.”

Mokwena said players like Mabasa‚ who turns 23 in the beginning of next month‚ make his job as coach very simple because they absorb information that passed to them.

“What more do you say as coach when you’ve got hardworking‚ honest players?” he said.

“That’s the reward that he gets.

"You get the reward if you are a striker that is not selfish.

"You are striker that also tries to put in a shift and tries to create spaces‚ and defends for the team.

“He gives a different profile to the other strikers who are also important and he knows that.

“He knows how important (Zakhele) Lepasa is and his job is to compete for the role. Everybody else has to know that they work for their position in the club.”

Pirates‚ who moved to seven spot after their second win in five league matches‚ play Bidvest Wits at the Moses Mabhida Stadium on Saturday.