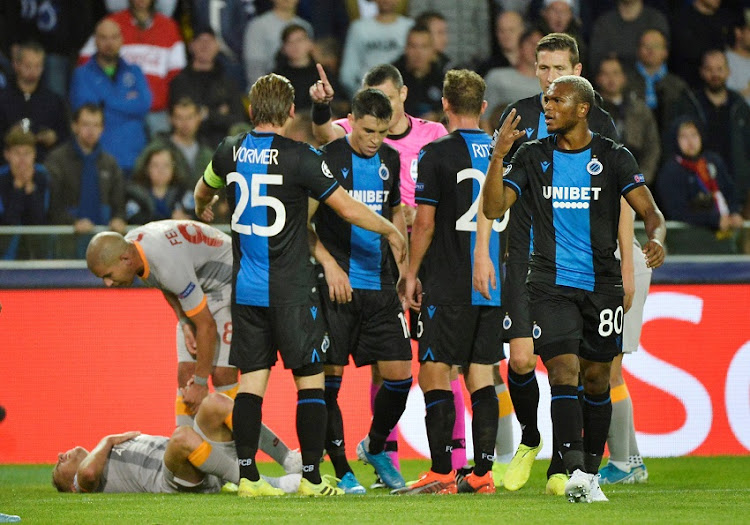 Percy Tau has plunged down the pecking order at Club Bruges as he started on the bench on Wednesday night for the UEFA Champions League tie at home to Galatasaray and did not get on in the goalless draw.

Tau was dropped the first time since joining the Belgian club for last Saturday’s derby win over Cercle Bruges in the league, sitting on the bench for the entire 90 minutes, and had to do the same all over again on Wednesday.

The Bafana goal ace would have been hoping to be restored for the first Group A encounter for Bruges after helping them come through two rounds of Champions League preliminary round qualifying.

But Tau was again on the substitutes’ list and then had to watch as coach Philippe Clement first brought on teenager attacker Lois Openda on the hour mark to boost up a mis-firing attack and then Senegalese striker Mbaye Diagne to play against his former club – both without any impact.

Diagne, who played at the Africa Cup of Nations in Egypt like Tau in the off-season, signed for Bruges from Galatasaray on deadline transfer day at the end of last month.

Clement’s last card off the bench was not Tau but rather the new Colombian midfielder Eder Alvarez.

Tau will now be hoping to get a look in on Sunday when Club Bruges host Anderlecht in the ‘classico’ of the Belgian season and he will certainly he praying to be back in the staring XI by the time Bruges played their next Champions League game … a once-in-a-lifetime experience away against Real Madrid at the Santiago Bernabeu on October 1.