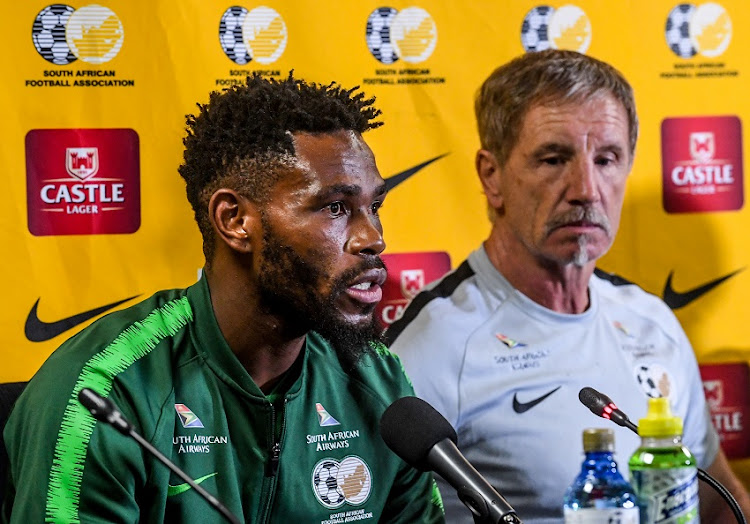 The award was won by Lionel Messi and the Argentine superstar beat Liverpool defender Virgil van Dijk and five-time winner Cristiano Ronaldo to take the gong for a record sixth time. Messi finished eight points ahead of Van Dijk and 10 ahead of long-time rival Ronaldo.

Samuel Eto’o got the option of Messi,
Ronaldo & Van Dijk but his response
was outta the equation 😂😂😂#FIFAFootballAwardspic.twitter.com/fGRmi0g13e

The fact that the two Africans did not make the podium was criticised by legend Eto’o‚ who attended the ceremony at the world famous La Scala opera house.

“The best one for me is Mohammed Salah or Sadio Mane. But they’re not here‚” Eto’o said in a terse interview before walking away from the camera.

Messi‚ who won the La Liga title with Barcelona last season as well as the European golden boot having scored 54 goals in 58 games in all competitions‚ last won the award in 2015.

He did not‚ however‚ enjoy success with the national team‚ losing in the Copa America semi-finals to Brazil in July.

Centre back Van Dijk‚ who transformed Liverpool's defence on the way to the Champions League crown and won the UEFA’s best player award‚ had been the marginal favourite.

U.S. co-captain Megan Rapinoe won the women's top award after helping her country to the World Cup title this year.

She received the vote of both Banyana Banyana coach Desiree Ellis and captain Janine van Wyk.

Van Wyk voted for the trio of Rapinoe‚ Ellen White of England and Kerr.

The two South Africans also agreed on their first choice for best women’s coach‚ voting for runaway winner Jill Ellis‚ who won the women’s World Cup with the USA in mid-year.

Hlatshwayo voted for him first with Pep Guardiola second and Didier Deschamps third.