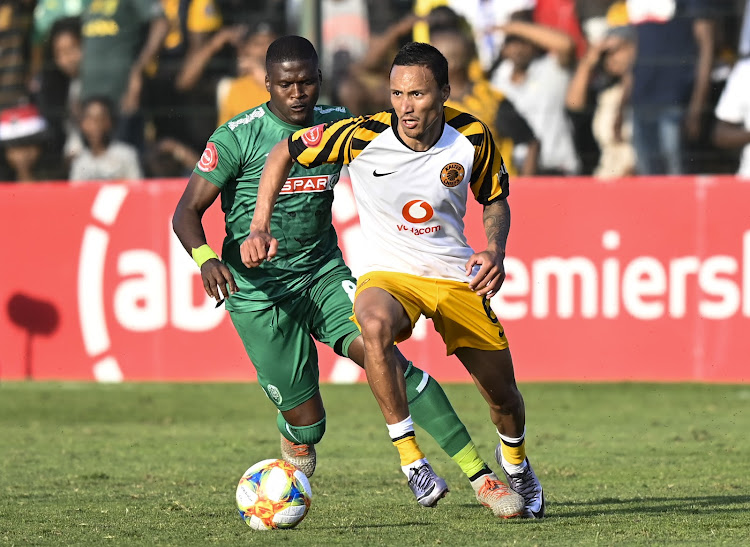 Kearyn Baccus dished out a man of the match performance against AmaZulu.
Image: Gerahrd Duraan/BackpagePix

The 28-year-old Baccus‚ who was born in Durban but raised in Australia by South African parents‚ is eligible to play for Bafana Bafana as he has never featured for the Socceroos.

He joined Chiefs as an unknown in July but has been dishing out impressive performances with two assists and one goal after six Absa Premiership matches and one man-of-the-match performance.

“My heart is set with Australia to be honest but if South Africa comes knocking I will have to consider it‚” he said.

“I will sit down with my agent‚ see if it will be good for me to do that and take it from there.

"I don’t mind representing South Africa but my first and main goal for now is to play well for Chiefs and we will see what happens after that.

"I have been in camps with the Australian senior national team but I have not played any official matches or anything like that.”

Baccus added that he doesn’t want to focus too much on the future but on the moment‚ which is going well at the club.

“So far so good‚ I am happy that I am here and helping the team‚" he said.

"The start to the season has been okay I guess‚ I think I still have a lot more to give.

"It has taken me a while to get used to the football over here (in SA).

"It is a lot different to Australia but like I said I am happy to be here.

“In Australia‚ the football is not as direct as here in South Africa because we look to play a lot more.

"It has taken me a while to get used to the quick transitions of SA football and I am slowly adapting and getting used to it.”

Baccus said he is enjoying the working relationship with coach Ernst Middendorp and he is not feeling the pressure.

“No pressure‚ I am kind of too old now to feel any pressure.

"I am too comfortable with what I have to offer and hopefully I can play well. The boys have been good‚ I come here to do my work every morning and I go home.

“We have changed a lot this season‚ the coach has brought in a couple of players that he thinks can help the team more than what they had last season.

"Everything is attached to detail with the coach‚ we must be good in defence but we have missed a few players every week.”