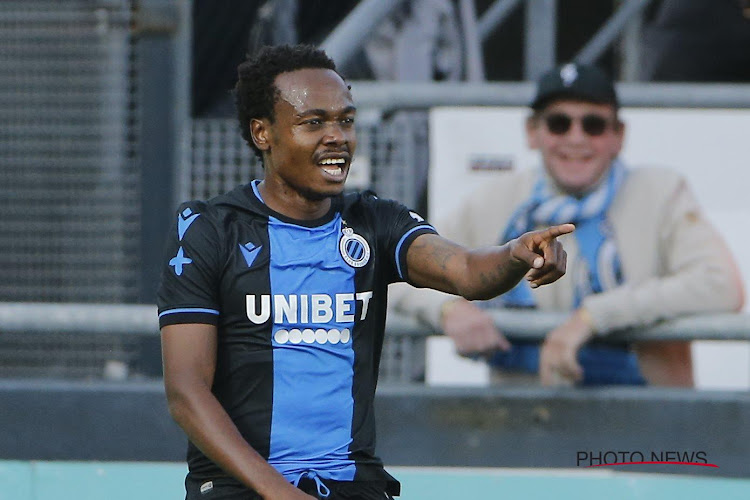 Zinedine Zidane came to ask for his shirt after the game so if anyone has the right to offer Percy Tau some advice‚ as he heads to the iconic Santiago Bernabeu on Tuesday night‚ it is former Bafana Bafana midfielder Bennett Mnguni.

Mnguni scored a UEFA Champions League goal away against Real Madrid in 2002 to crown a performance that earned him a much cherished compliment from one of the world’s best players after a display he says was the highlight of his career.

Now Percy Tau is set to follow in the footsteps of the former Mamelodi Sundowns hard man when he goes to Real Madrid with his Belgian outfit Club Bruges on Tuesday night for their Champions League group game.

Real are the kings of European football‚ with more titles than any other team‚ while Bruges only occasional participants in the group stage.

So on paper it is potentially something of a mismatch.

But Mnguni says Tau must believe in his ability as he faces the biggest night of his career.

“There are not many who get a chance to play there. I’d say to him that he needs to keep his head up‚ try not to make too many mistakes and just be yourself.

“Once you try to be something else‚ it’s not going to work out for you‚” he warned.

Percy Tau has been “exceptional” since his move to Europe‚ and particularly to the Belgian top-flight‚ fellow Bafana Bafana international Lebogang ...
Sport
2 years ago

Mnguni played for Russian club Lokomotiv Moscow against Real Madrid in a group game in December 2012‚ scoring in the 74th minute to put the away side 2-1 ahead only for Raul to equalise soon after for a 2-2 draw.

It was the only point Lokomotiv got in the second group stage and holders Real went on to the semifinal that season‚ losing to Juventus‚ who lost to AC Milan on penalties in the final at Old Traffoid.

Mnguni says he remembers little of the atmosphere and did not feel intimidated at one of world football’s most famous venues.

“I told myself beforehand to take all that stuff out of my mind and just concentrate on the game‚" he said.

“I acknowledged that they had very‚ very talented players and what I needed to do was to go there‚ work as hard as I could and try to win more balls than I lost.

“I told myself playing against one of the toughest team‚ just to make sure I was right on top of my opponent.”

Real that night had the likes of Hierro‚ Luis Figo‚ Claude Makelele‚ Roberto Carlos and Ronaldo in their starting line-up‚ as well as Zidane‚ who was to go on and be named World Player of the Year the same season.

Mnguni had to mark Zidane.

“It was actually quite easy because he is not the quickest of players but I also knew that if he got the ball before I did‚ it was trouble‚" he said.

“I did what the coach asked me to do and after the game Zidane came to me to ask me why I had marked him so closely!

“I told him‚ ‘I was assigned to mark you and make sure you didn’t play’. Then he asked me to swap my jersey with him. I still have have jersey today.”

Percy Tau's Belgian outfit Club Brugge are growing more bemused by the massive impact their South African signing has made off the field on social ...
Sport
2 years ago

To top it all‚ Mnguni scored a cracker with some 15 minutes to go.

He picked up a clearance just outside the box‚ brought it under control ‚ went round both Zidane and Roberto Carlos and hammered it home.

“I just saw the net shaking. When I hit it first‚ it didn’t feel like it was going in because as a midfielder you don’t expect to score.

“But once I realised it was in‚ my first reaction was almost shock. ‘Wow‚ I’ve scored’.

“It took me a while to realise what I’d achieved. Maybe a few minutes to sink in‚ ‘hey I’ve scored against Real Madrid’.”

Mnguni‚ now coaching in the Vodacom League in North West Province‚ says looking back “that is the highlight of my career”.

Tau‚ he reckons‚ can do the same‚ if not better.

“With the skill he has got‚ he can cause a lot of damage.

“Like Lionel Messi ‚ he is a short player and you see see how those guys struggle to cope with Messi and his skill.

“Tau has the same characteristics.

“I’ll be watching on Tuesday. I’m waiting for that game‚” Mnguni added.