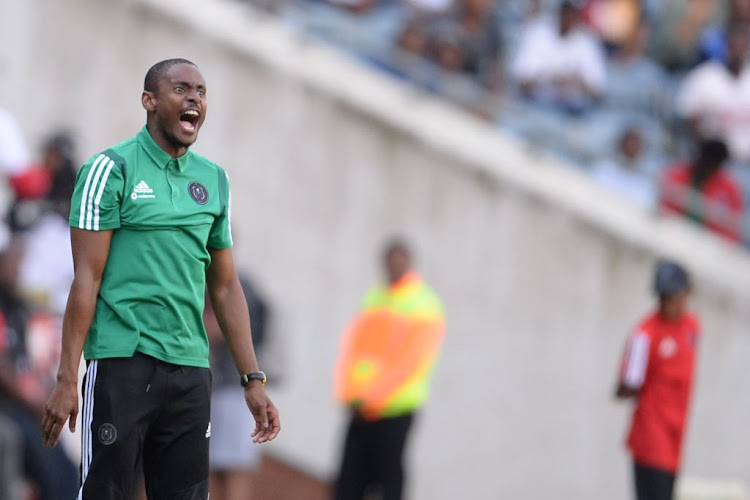 Orlando Pirates coach Rulani Mokwena and his Cape Town City counterpart Benni McCarthy have downplayed the tense confrontation that played out in the second half of the thrilling 3-3 draw between the two sides at Orlando Stadium on Saturday.

Mokwena and McCarthy had a heated exchange on the touchline but they insisted after the game that the incident happened in the heat of the moment.

McCarthy explained that he was not impressed with Mokwena as the Pirates coach kept on kicking the balls away at a time when the Bucs were leading 3-2.

“I felt that because he was winning‚ he was kicking the balls away‚” said McCarthy.

“If you can’t respect my players‚ you don’t deserve my respect and felt he needed to know.

"When it was 3-3‚ he was chasing the balls I told him leave them.

"I told him you want to play quick but when you were winning you kicked the balls away.

"Now because we have equalised‚ you are rushing and there are three to four balls on the pitch.

"It wasn’t a fight because if it was a fight he won’t come out on top‚ that I can assure you.

"That is what annoyed me the most because I would never do that.

"There is a new rule apparently that a coach can get a booking for kicking the ball.

“This sport is not for the faint-hearted‚ it is a job where it doesn’t depend on you but on the players.

"Tempers flare up during the match and if you see that certain things don’t go the way‚ you need to take it out on someone.

"Tension bottle up and when the opposition coach say something at the wrong time‚ then what I can’t get to the players I take it out on him because he is closer to me.”

Mokwena referred to their confrontation as a ‘handbags’ incident where no harm was caused to anyone.

“It was handbags and it stays on the pitch‚" he said.

"I don’t make football personal because there are more important things in like than football.

"As long as we are still breathing and we have an opportunity to win the next match‚ that’s what we have to focus on. The rest of the stuff is handbags.”

Highlands Park are riding the crest of wave and they are quietly making a name for themselves as one of the toughest teams to face in the Absa ...
Sport
2 years ago

By beating Baroka FC 1-0 at the FNB Stadium, Kaizer Chiefs not only went three points clear at the top of the log, but recorded their first win at ...
Sport
2 years ago

Orlando Pirates coach Rulani Mokwena is beginning to resemble a doctor with the diagnosis but in short supply of medicine.
Sport
2 years ago