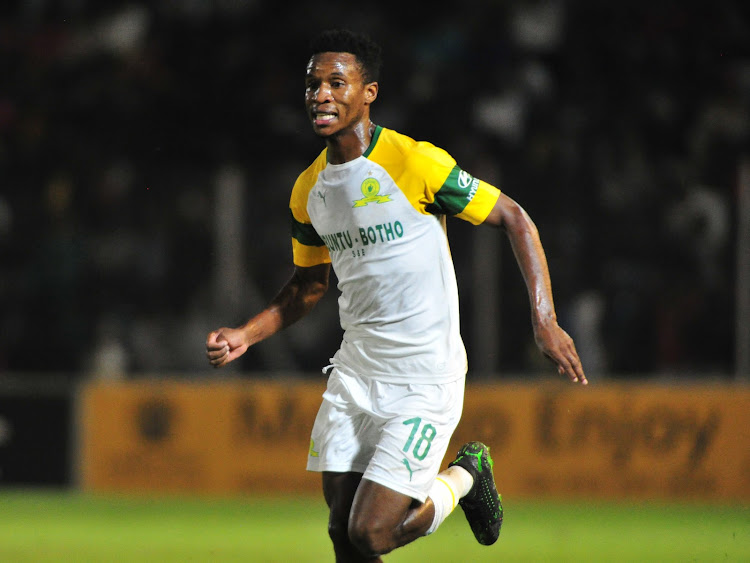 Themba Zwane scored the first goal for Mamelodi Sundowns while the second came via an own goal.
Image: Kabelo Leputu/BackpagePix

Sundowns goals in the first half were scored by Themba Zwane and through own goal by Leopards defender Chris Katjiukua while the home side replied through Mwape Musonda in the second half.

Sundowns also remain the only unbeaten team in the league after six matches, including four wins and two draws, but their good start to the season will be under threat against Highlands Park and Chiefs in their next two matches after the two-week Fifa break.

For Leopards, who remain at the bottom half of the table with eight points form as many matches, they will be hoping to return to winning ways in their next two matches against SuperSport United and Cape Town City.

They endured a frustrating first half but came to life after the break where they relentlessly attacked Sundowns and coach Luc Eymael will rue that they only managed to score one goal.

Eymael, who was on the Leopards bench for the first time, went with the tried and tested team that was build around Jonas Mendes, Isaac Masia, Khuliso Mudau, Lesedi Kapinga, Pentjie Zulu, Thuso Phala and Mwape Musonda.

His opposite number Pitso Mosimane retained Motjeka Madisha at central defence to partner Mosa Lebusa and Lyle Lekay at left back, Andile Jali started in central the midfield while Ali Meza started up front.

Kekana was also back in the starting line-up after he missed the record breaking Caf Champions League win over Cote d’Or due to suspension.

Zwane’s opener came after 25 minutes when he directed his touch into an empty net after getting at the end of a pass from Meza on the left flank.

Sundowns stretched their lead on the stroke of half time when Leopards defender Chris Katjiukua beat his own goalkeeper Mendes in a desperate attempt to clear Sirino’s dangerous cross.

Leopards brought themselves back in the game through Musonda who riffled home from close range after he received the ball from Tshwarelo Bereng on the hour mark but it was not enough.