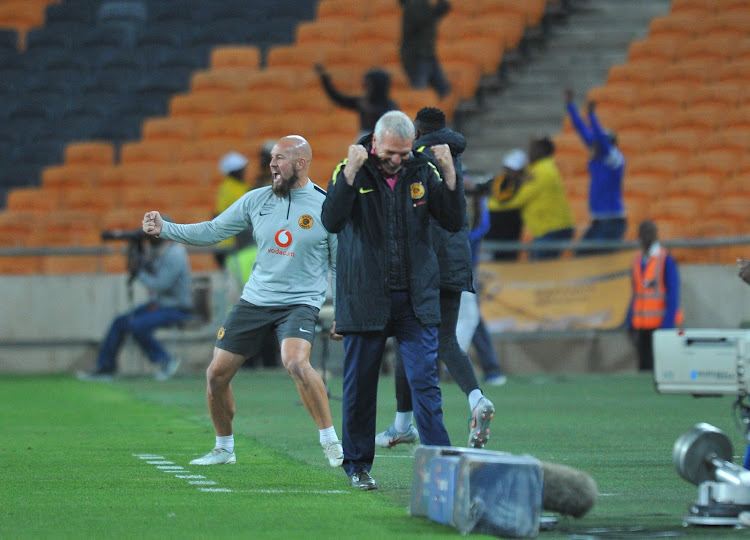 Kaizer Chiefs coach Ernst Middendorp has downplayed his team’s rise to the summit of the Absa Premiership table and insists that they are continuing to take things one game at a time.

Middendorp said he does not think beyond the challenges of the next game and has not entertained thoughts of hoisting the title in May next year.

“Most of the time I’m honest‚ and I wasn’t thinking on the 9th of May (at the end of last season)‚ that we can do better (this season)‚” said the German born Chiefs coach.

“I don’t know how many games is Q1 (PSL’s quarterly innovation where a winning team pockets R1.5m) or Q2‚ Q6‚ Q7 or whatever.

“I’m good in mathematics but I’m not good in this counting (to know) in the end what’s necessary or whatever.

“We just go from one game to another.”

Amakhosi will head to the Fifa international break with a four-point gap over second-placed Bidvest Wits after their 2-0 win against Lamontville Golden Arrows gave them a third win on the trot at the FNB Stadium on Tuesday night.

The Arrows win followed victories against AmaZulu (2-0) and Baroka‚ bringing to 19 the number of points Chiefs have bagged in their first eight league outings.

“We just try to figure out what we need and‚ as I said‚ we still have a lot of work to do to get really round to go into 90 minutes to dominate more‚ to put more opportunities to score with the right movements‚" he said.

“I only repeat again and again that guys like Lebohang (Manyama) and Eric (Mothoho) they are all fresh‚ all new.

“They didn’t play for five to six months last year. They are new players coming together with another bunch of the other guys.”

Middendorp accepted that it was perhaps in the interest of the club that Chiefs win the incentives that the PSL offer on a quarterly basis to the clubs that are doing well in the league.

“It’s not my right but I know inside the club there are probably those who know what is Q1 and how important it is‚” said Middendorp.

“Of course it increases the budget a little bit‚ I think but I don’t know exactly how much… But I’m not interested in starting to count points.”

The Chiefs coach will welcome the coming Fifa break which he said will give a number of his players some time to recuperate from niggling injuries.

Chiefs’ next league game will be away to defending champions Mamelodi Sundowns on October 27 following the first round of the Telkom Knockout which will be played from October 19 to 22.