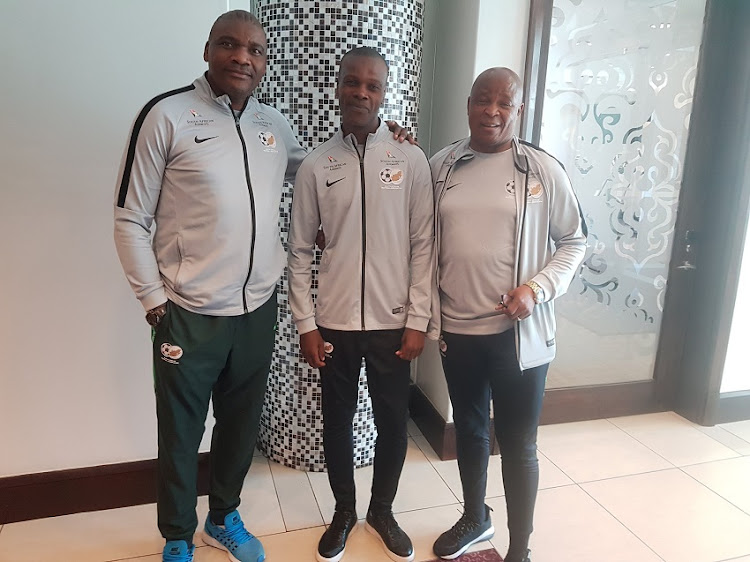 Bafana Bafana coach Molefi Ntseki has confirmed that Trott Moloto and Arthur Zwane will remain as technical adviser and assistant respectively for the international friendly against Mali in Port Elizabeth next week.

Bafana will play their first match since the ill-fated Africa Cup of Nations in June and the first for Ntseki as head coach during the Nelson Mandela Challenge on Sunday.

“The technical team remains the same because‚ honestly‚ we could not play a match the last time. If we have to change‚ we change based on what?‚” he asked.

“That was the question I was asking myself‚ I said let’s gives ourselves a chance and if ever we need to beef up our technical team let’s do so. But let’s give ourselves chance because even with the players we did not make too many changes.

“The only changes that we made were because of form and maybe injuries‚ we kept the bulk of the team. So‚ let’s give the team the opportunity to express itself and give us an idea of what to expect from each one of us going into the Afcon qualifiers.”

By the time Bafana Bafana take on Mali in the Nelson Mandela Challenge in Port Elizabeth on Sunday‚ it will be their first match since the Africa Cup ...
Sport
2 years ago