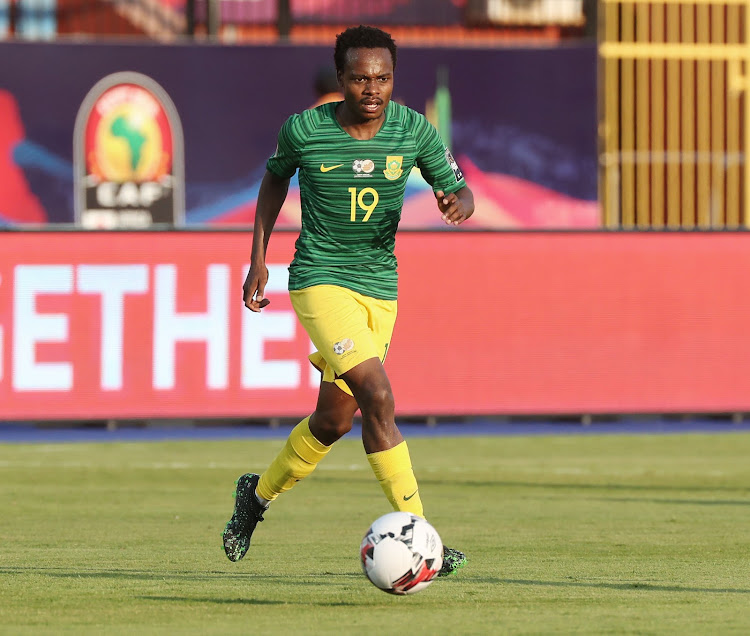 Percy Tau arrived in the Bafana Bafana camp for Sunday’s friendly against Mali in Port Elizabeth on Tuesday morning fresh from his recent Uefa Champions League heroics‚ but would have an injury assessed by team doctor Dr Thulani Ngwenya.

Club Brugge star Tau and Brentford FC midfielder Kamohelo Mokotjo were the last of arrive the foreign-based contingent to arrive for the match at Nelson Mandela Bay Stadium.

Both sat out Tuesday morning’s final training session in Johannesburg before South Africa’s departure for the Eastern Cape having arrived at the team hotel just after the squad took the bus to their practice venue at FNB Stadium.

Tau had to be substituted off in the 41st minute after being caught in a rough challenge in Brugge’s 4-0 win against Gent on Sunday.

The injury concerns for new Bafana coach Molefi Ntseki in his first match in charge keep mounting up.

Strasbourg striker Lebo Mothiba sat out Tuesday’s training too‚ for a reason as yet undisclosed by the Bafana team management.

We paid a visit to the @NMCF_SA hospital today ahead of Sunday’s #MandelaChallenge @NMB_Stadium .
Tickets are available @Computicket for as little as R40.

Also play your part in contributing to Tata’s dream of helping kids.SMS Mandela Challenge to 38562 for a small R10 donation pic.twitter.com/UQKEpaZdPy

Midfielder Dean Furman and Ronwen Williams also missed training having picked up knocks in their 1-0 MTN8 final win for SuperSport United against Highlands Park at Orlando Stadium on Saturday night.

“Because they had just arrived the coach decided they must just stay there [at the team hotel] and then we would all travel together to the airport [for Bafana’s departure to PE]‚” Morake said.

“Zungu is with the doctor‚ who is looking at him and the doctor really wants to make a decision by the end of today on whether he stays or goes.”

Tau had a sparkling performance‚ including the assist for the early opener‚ as Brugge took a 2-0 lead into the break against Real Madrid in the Champions League at the Bernabeu last Tuesday‚ the Spanish giants having to fight back for a 2-2 draw.

Right-back Thamsanqa Mkhize and goalkeeper Brandon Petersen had already withdrawn from the squad earlier due to injuries.