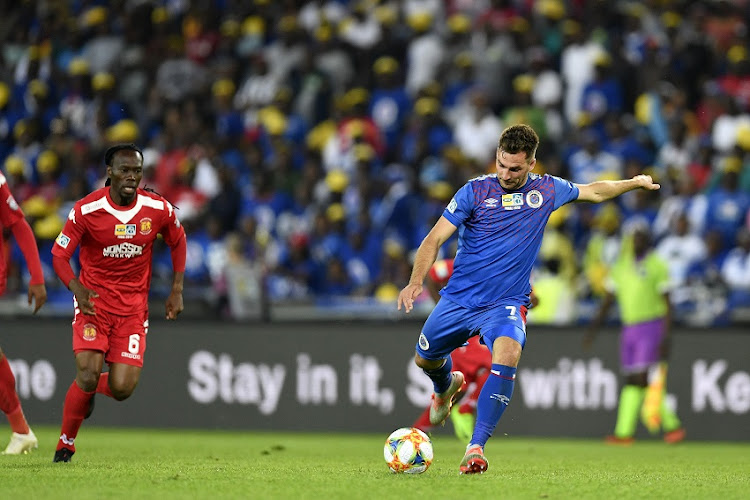 Bafana Bafana striker Bradley Grobler has said that a new fitness training team at SuperSport United put him in top shape in the preseason‚ which has been a factor in his sharpness and scoring form‚ and so far being injury-free.

Grobler‚ on form – including Saturday’s winner in SuperSport’s 1-0 MTN8 cup final win against Highlands Park – appears likely for at least a substitute’s run‚ though perhaps a start‚ when Bafana meet Mali in their Mandela Challenge friendly in Port Elizabeth on Sunday.

The striker has had many a promising false start to a season that has then been hampered by his injury-proneness.

This season has been his sharpest start yet‚ with five goals in six league games for equally in-form SuperSport‚ and a further two in four (overall seven in 10 matches) in the MTN8.

Grobler was asked what has changed in his training regime as he enters his senior years at 31. He credited the new SuperSport conditioning team of Kobus de Wet and Innocent Mchunu for a tough preseason‚ and resisting the temptation of going easy on the now-veteran.

“The last few years with the injuries the coaches have kind of not made me train as hard as I maybe should have‚” Grobler said.

“This season we have got a new fitness trainer in at SuperSport – and preseason was hard.

“I worked extremely hard. There was no cutting corners‚ no taking days off‚ no half-trainings. I think that’s played a big part. I’ve felt extremely good on the field.

“Over the last few years for me to finish 90 minutes has not been possible. This season I’ve finished all the games I’ve started. 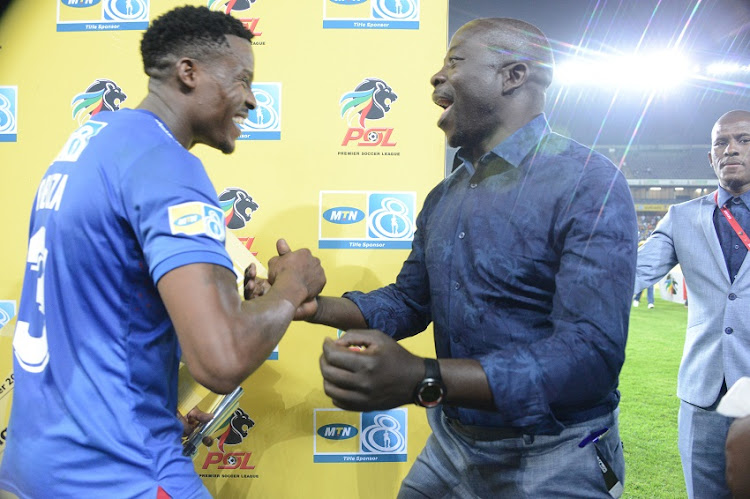 “I think in the SA league there are a lot of goals and a lot of games to be won within the last 15 to 20 minutes of matches. So I’ve worked really hard to be as fit as I can be on the field.

“It may not be THE reason why I’ve started well. But I certainly think that’s helped me.”

De Wet has returned to SuperSport after a few years concentrating on his business‚ and Mchunu has been promoted from Matsatsantsa’s academy.

Grobler has played a deeper striker role‚ feeding off the scraps provided by rejuvenated “Ganda Ganda” (bulldozer) Thamsanqa Gabuza since the big centre-forward’s move to United from Orlando Pirates.

His finishing form – and Strasbourg striker Lebo Mothiba perhaps going off colour to some extent – makes Grobler a candidate as a potential late-bloomer to become a central figure for Bafana over the next year or two‚ if he can stay fit.

If he plays against Mali‚ Grobler is likely to switch back to a centre-forward role.

“It’s a position I have played for many years. As a footballer you’ve got to be prepared to change‚” he said.