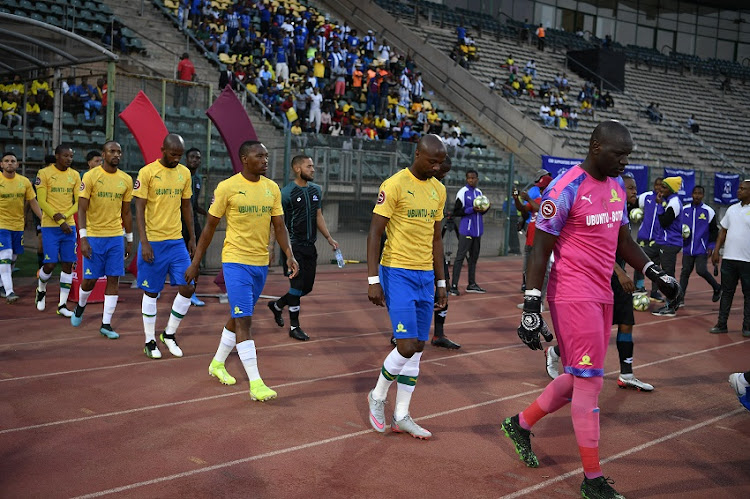 Mamelodi Sundowns will know their immediate destiny in the Caf Champions League on Wednesday when the draw for the group phase is conducted in Cairo.

The Premier Soccer League champions compete in the group phase for a fifth successive year‚ having won in 2016 and reached the semifinals last season.

But despite that‚ they will not be among the four seeded teams for the draw at Caf’s (the Confederation of Africa Football) headquarters just outside of Cairo‚ having not achieved the requisite points from their past performances to merit a top four place.

Instead it is holders Esperance of Tunisia; TP Mazembe of the Democratic Republic of Congo; Morocco’s Wydad Casablanca (who walked off in the aborted final last season) and Egyptian giants Al Ahly who will head the four groups.

Clubs get points for their results in African club competition over a five-year cycle and the top four points-earners are then seeded.

Sundowns will be in pot two‚ along with Etoile Sahel‚ Raja Casablanca and USM Alger.

The group phase begins late next month with six rounds of matches – three home and three away – through until March.

The top two in the group‚ as is customary‚ then advance to the quarterfinals‚ which are in April.

For the first time next year‚ there will be a single final rather than a two-legged affair as Caf again copies a Uefa formula.

Bidvest Wits and TS Galaxy will also find out the identity of their next opponents in the Caf Confederation Cup.

They will play one of the teams who lost in the previous round of the Champions League and have dropped down into the Confederation Cup draw in a final playoff stage before the group phase.

The Confed Cup draw starts at 7pm and the Champions League draw at 8pm.