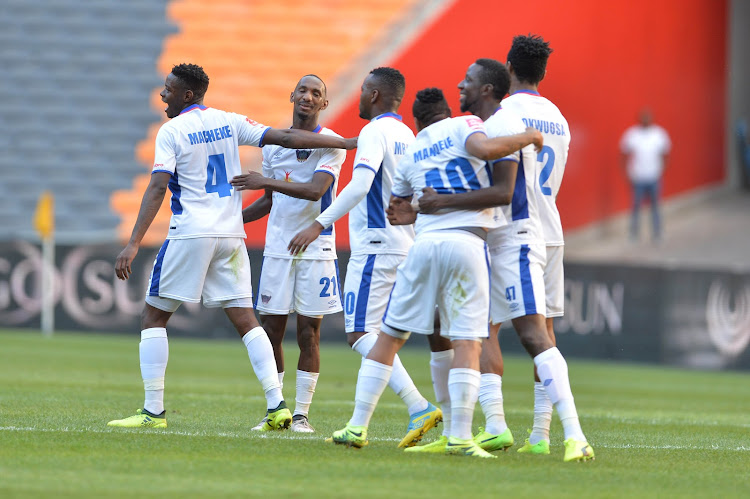 Norman Mapeza says his main priority is to turn around the flagging fortunes of Chippa United and save the Port Elizabeth-based club from relegation.

As things stand‚ after eight Absa Premeirship matches‚ the Chilli Boyz remain the only team yet to taste the sweetness of a victory.

Rock bottom of the log with four points from as many draws and defeats‚ Chippa are destined for the chop if they don’t arrest their downward spiral.

“The club is in a difficult position so the best plan is to make sure we survive relegation. That is the main priority‚” Mapeza told TimesLIVE from Port Elizabeth.

Mapeza will take charge of his first match in the Telkom Knockout first round on the weekend of October 19 to 22 at home against Bloemfontein Celtic‚ but the Zimbabwean has already made it clear that his first prize is surviving relegation in the league.

His first PSL assignment will be an away trip to Tembisa on Gauteng’s East Rand to face Highlands Park on October 26.

“Look at the moment where the club is positioned. What do you expect from me?

“If they (Chippa chairman Mpengesi) had told me that they want to win the league at the end of the season I would say‚ ‘Look‚ it can never happen’‚” said Mapeza‚ who spent five years with FC Platinum in Zimbabwe and guided them to back-to-back title wins in 2017 and 2018.

The former Zimbabwe midfield and defensive star and national coach said he is confident he can get the Chilli Boys’ campaign back on track.

“I also took over a club back home in Zimbabwe which was at the bottom of the table but we managed to survive relegation. So Chippa offers another a new opportunity in a new environment.”

Mapeza saved Monomotapa United from relegation in 2007 and went on to win the Zimbabwe league the following season with the same team.

“For me the Chippa job is a challenge that I wanted to experience‚” said Mapeza‚ who replaced Clinton Larsen – followed for a combined three matches by caretaker bosses Duran Francis and Mbuyiselo Sambo – as head coach on October 1 and inherits a team low on confidence.

Mapeza‚ Chippa’s 20th different coach in eight years‚ sees the move to join the club as his growth path.

“You know as coaches and as footballers we will always look to go somewhere. I was a footballer before and my wish was to go and play my football in Europe‚” he said.

“If you look at good coaches‚ for you to grow you need opportunities like this.

“I will give you an example. If [Mamelodi Sundowns coach] Pitso Mosimane goes today and gets an offer to go and coach Aston Villa‚ I don’t think he will say no because it is a new challenge for him and that is what he wishes for as a coach. As coaches our wish is to grow,” said Mapeza