Can Kaizer Chiefs win more than one trophy? Why not‚ says Daniel Akpeyi 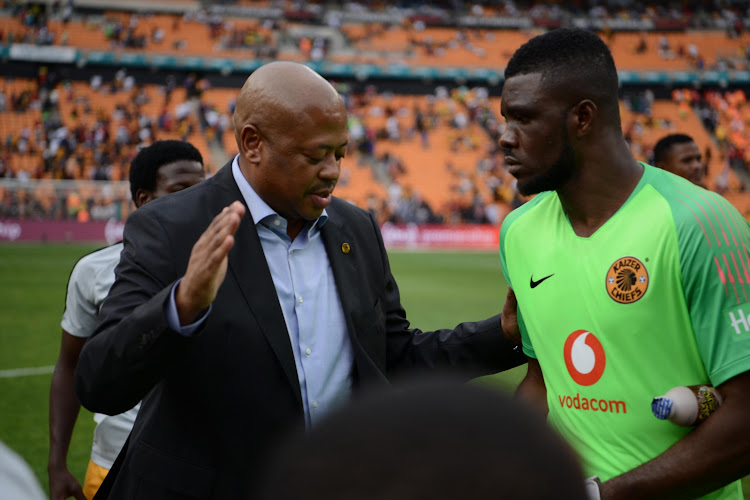 With Itumeleng Khune needing a further two months before he regains full fitness from his injury‚ Daniel Akpeyi appears set to continue keeping goal at Kaizer Chiefs for the foreseeable future.

Further confirmation of this scenario was when Chiefs decided to let their imposing gloveman handle the media interviews following the club’s draw against Cape Town City in the last-16 of the Telkom Knockout this week.

The Nigerian sounded confident of his team booking a place in the last eight having already beaten Benni McCarthy’s team 2-1 in the league early this season.

“We’ve been chasing to get a trophy for some seasons [since 2014] now‚” Akpeyi said.

“I think it’s a first start for a trophy and we’re working hard and looking forward to making sure that we start winning something.

“So it’s very important because every win will motivate you to the next one. But again‚ we have to start somewhere.”

Akpeyi said Chiefs’ current form will count for nothing if they don’t continue to work hard on the field.

“We’re on top [of the log] today‚ but it calls for more challenges because we’re not perfect yet.

“We’re just trying to work out things in every department of the team.

“But so far it’s been going good. We hope that we continue with this momentum because it will only take this momentum to lead us into winning trophies.”

Chiefs’ goal-minder was asked if Amakhosi were capable of chasing both cup and league success at the same time this season.

“Like I just said‚ we’re just starting. We’re working through it and we hope that it will come right at the end of the season‚” Akpeyi said.

“So we should be prepared for a lot of clubs coming up against us like in the Telkom‚ Nedbank and whatever in the league.

“So we’re prepared for all of these and we just hope that we just stay solid for us to at least come up with something at the end of the season.”

For Chiefs’ players‚ said Akpeyi‚ it has not been easy to block out the talk about their failure to win trophies in the last four years‚ with their last silverware coming in the MTN8 late in 2014.

“We always feel that and I think that’s what has been pushing us to make sure that we actually do well this season‚” said Akpeyi‚ who was Nigeria’s No 1 at the Africa Cup of Nations in Egypt in June and July.

“We need to come out with a trophy – two or three and if we can win all of them. Why not?”