Baroka determined to prove their TKO title win was no fluke 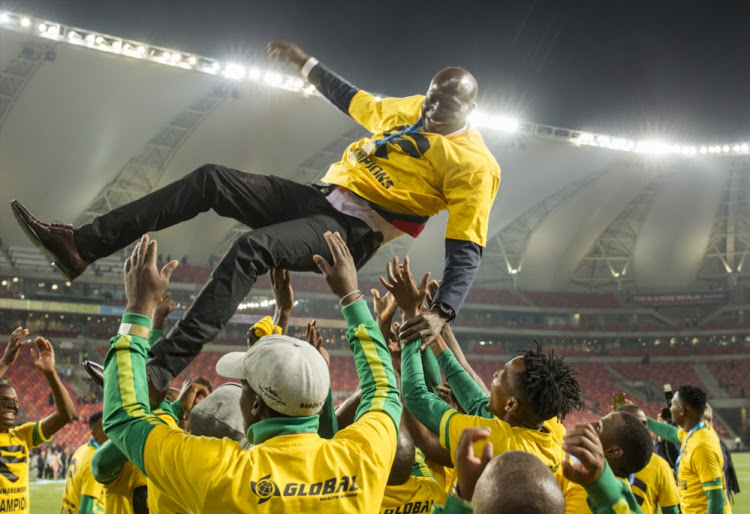 Baroka FC start the defence of their Telkom Knockout title on Saturday night with a tough away assignment against SuperSport United but the Limpopo team’s coach Wedson Nyirenda is confident of another upset run.

Baroka upset the odds last year to win their first piece of silverware with the former Zambia international at the helm.

Nyirenda says last year’s victory is still fresh in the minds of the players and a successful defence of their title has been the talk of the dressing room for weeks now.

“They know what they need to do in these knockout situations.”

Last year Baroka started with a home win over Lamontville Golden Arrows in the first round and then dispatched Mamelodi Sundowns (quarterfinal) and Bidvest Wits (semifinal) at home also to book a spot in the final against Orlando Pirates‚ where they won on post-match penalties after a 2-2 draw at the Nelson Mandela Bay Stadium in Port Elizabeth.

This year they were drawn to meet SuperSport‚ fresh from cup success of their own after winning the MTN8 two weeks ago‚ at Atteridgeville on Saturday night (kick off 8.15pm).

“For me it’s a fair draw‚” added Nyirenda.

“It looks tough because we are playing a team that is well organised‚ highly structured‚ with very experienced players and is much improved from last season.

“(SuperSport coach) Kaitano (Tembo) has the side looking very good.

"Their success in the MTN8 shows clearly that they are a team going in the right direction‚ and improving with each game.

“They have already had the better of us in our first league encounter here at home‚ they beat us. But last season we got four points off them.

“We are also looking good‚ the structure is better and we tend to rise to occasions like this‚” added the Baroka boss.

“The boys want to show everybody that what happened last year was no fluke.”

Pitso Mosimane believes his two new No 9s – Tokelo Rantie and Mauricio Affonso – can give Mamelodi Sundowns a sharp end once they both are brought ...
Sport
2 years ago

Ukraine advanced to the Euro 2020 finals after an impressive first half helped them to a 2-1 home win over Portugal, whose talismanic captain ...
Sport
2 years ago

Kaizer Chiefs coach Ernst Middendorp has said he will not get carried away by his team putting four goals past Mamelodi Sundowns in a friendly on ...
Sport
2 years ago