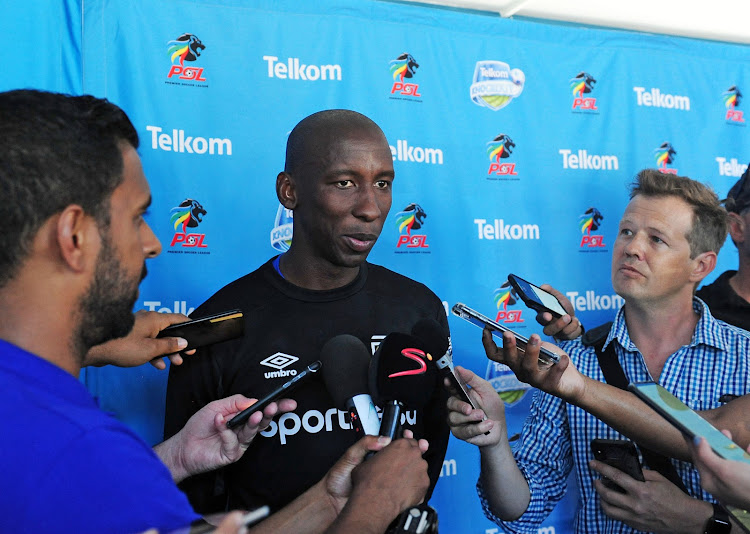 Mark Mayambela says no matter which team he plays for, fixtures against Kaizer Chiefs always bring the best in him.
Image: Ryan WilkiskyBackpagePix

Mark Mayambela grew up supporting Kaizer Chiefs but is extra fired up to deliver for his new club Cape Town City when they go head-to-head against AmaKhosi in the Telkom Knockout at the weekend.

“Ever since I broke through at my first club (Bloemfontein) Celtic‚ I’ve always been motivated to play against Chiefs‚ more than other games‚” he admitted on Wednesday.

“It’s probably because of the soft spot that I have for them.”

Mayambela made his debut for City in their last match‚ where they were beaten in the last minute by AmaZulu in KwaMashu on October 1‚ and is likely to keep his place for the first round tie at the Cape Town Stadium on Saturday.

“Of course‚ like any other player‚ you always look forward to these prestige games‚ especially playing against Chiefs.

“They are on a high at the moment. These are games that a player doesn’t need much motivation from outside for.

"The game itself does that.

“Hopefully I can contribute to the team and we can go further in the competition.

“Cape Town City is a big team and we want to win cups.

"We know that as players‚ it’s the mentality of the players without anybody‚ like the coach or chairman‚ needing to tell us.

“There are a lot of players who have won things with other teams‚ like Mpho Makola and Kermit (Erasmus)‚ to name just a few.

“Those players are winners by nature.”

The 32-year-old says he feels he can also contribute off the field with the many young players that are in coach Benni McCarthy’s squad.

“Sometimes when things are going well‚ players tends to lose focus and I’d be able to help the young guys to maintain some perspective and level headedness and ensure we have the right attitude‚” he said.