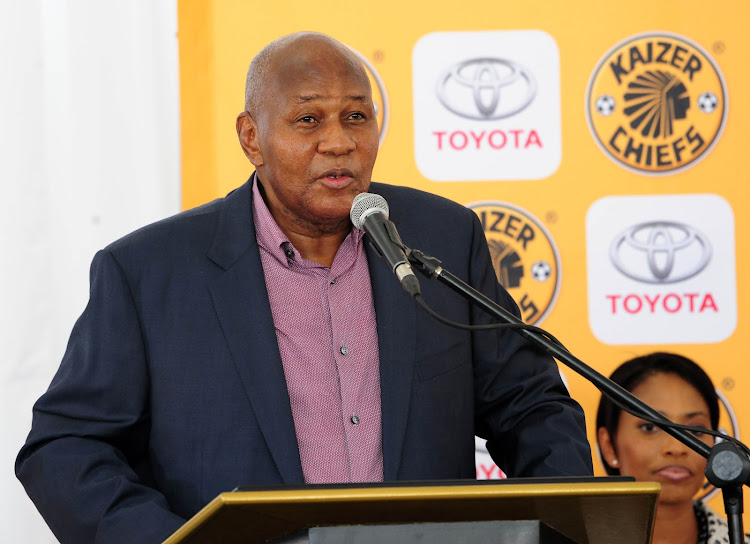 The nation's soccer lovers set aside their rivalries to celebrate the birthday and legacy of Kaizer Motaung after the Kaizer Chiefs boss turned 75 on Wednesday.

The well-respected Motaung was born in Orlando East‚ Soweto‚ on October 16 1944 and is showing no signs of slowing down as he continues to juggle his popular club with his duties at the Premier Soccer League (PSL) and at the SA Football Association (Safa)‚ among others.

Motaung‚ who answers to the nicknames ’Bra K’ and ’Chincha Guluva’‚ formed southern Africa's most popular club in January 1970 and the side has become an institution that is followed all over the world.

From us to you #Kaizer75, we wish you a Happy Birthday and we want to let you know how important you are in our lives. From today until the end of the month we will share our video messages with the Amakhosi Family.

Post your video messages, use #Kaizer75 and tag the Club. pic.twitter.com/Z0gy5kniyB

Chiefs’ fiercest rivals Orlando Pirates claim him as one of their own as he was recruited to the Bucs as a 16-year-old.

He later joined Atlanta Chiefs in the United States of America and played against the sport’s greats such as Pelé.

According to Chiefs‚ he returned to SA in 1969 after turning a $1m offer to remain in the US and formed the mass supported behemoth that is AmaKhosi.

‘‘In 1969‚ he turned down $1 million to remain in the States to realise his dream of forming his own club‚” the club said.

‘‘He started Kaizer’s XI and they played their first game on 20 September 1969.

‘‘Bra K is celebrated by many all over the world and his contribution to football in South Africa cannot be matched.

‘As he celebrates 75 years on earth‚ we as the family of Amakhosi wish our Chairman‚ Kaizer ‘Boy-Boy’ Motaung a blessed day.

Happy Birthday to my former, current and future Chairman, Kaizer Motaung. In July 1999 he believed in me more than anyone else would. Thanks for the opportunity Captain Chincha. My life changed for the better since. @KaizerChiefs

"We thank him for all he has done and continues to do for the club and football in South Africa‚ the continent and the world.

‘Thank you for creating and building a legacy for many generations to come. Your life continues to be exemplary.

‘We love you and enjoy this special day‚ Ntate Motaung!”

I ask him he said it's Kaizer Motaung pic.twitter.com/nbChIUzHgM

Both striker Siphelele Mthembu and fullback Ebrahim Seedat have shrugged off a training field collision to return to work this week for Cape Town ...
Sport
2 years ago

It was a friendly‚ though Kaizer Chiefs coach Ernst Middendorp confusingly kept disputing that and correcting the term for the Shell Helix Ultra Cup ...
Sport
2 years ago

Kaizer Chiefs coach Ernst Middendorp has said he will not get carried away by his team putting four goals past Mamelodi Sundowns in a friendly on ...
Sport
2 years ago