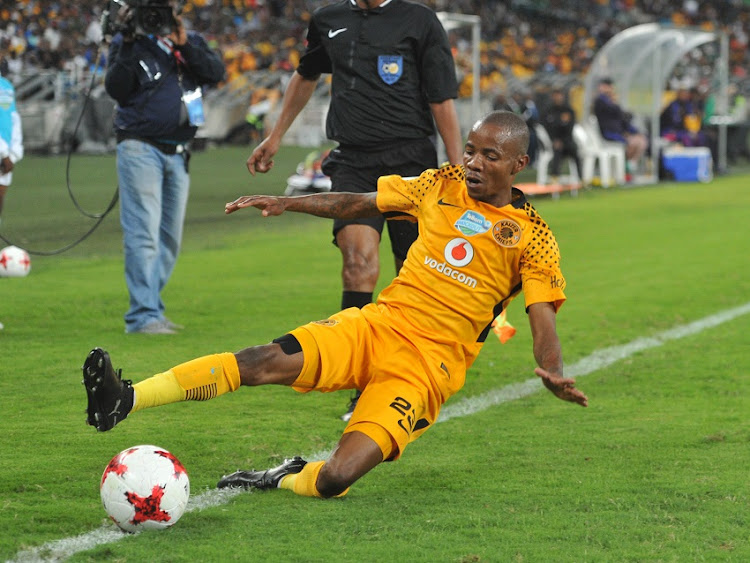 Joseph Molangoane has fallen down the perking in Ernst Middendorp's team since recovering from a long term injury.
Image: Aubrey Kgakatsi /BackpagePix

Kaizer Chiefs wing-back Joseph Molangoane does not seem set for a return to first team action any time soon‚ from what Amakhosi coach Ernst Middendorp is saying about the player.

He made a brief and promisingly bright return as a 75th-minute substitute in Chiefs’ 1-1 Absa Premiership draw against Lamontville Golden Arrows at FNB in April.

But Molangoane was not seen for the rest of last season.

His absence was notable too as he could not even find a place among Chiefs’ fringe players fielded in their two friendlies this past weekend – a 4-2 Shell Helix Cup win against Mamelodi Sundowns on Saturday and 2-0 Macufe Cup defeat against Bloemfontein Celtic on Sunday.

Middendorp suggested this week that Molangoane has struggled to recover fully from complications surrounding his injury.

“I would love to see him on the field. I said it before‚ he was very influential and that’s why we signed him for a contract extension in June‚” Middendorp said.

“But we have to be very clear-structured. There are too many irritations in terms of his second broken incident.

“Basically at the moment it’s a very clear message that currently he is not able to play a competitive game.

“We will work on it. He is working on it individually.

"Let’s be honest – I like this player and I would love to have him in.

“But if it is not working‚ and not going in a way that he can be competitive‚ then we can’t use him. That’s the status at the moment.”

Chiefs’ communications manager Vina Maphosa said Molangoane had got injured again in the club’s preseason camp ahead of this campaign.

He could not specify the exact nature of the injury.

Kaizer Chiefs' players‚ technical team and staff of their Village in Naturena sang Happy Birthday to Kaizer Motaung on Wednesday‚ in celebration of ...
Sport
2 years ago

Mark Mayambela grew up supporting Kaizer Chiefs but is extra fired up to deliver for his new club Cape Town City when they go head-to-head against ...
Sport
2 years ago