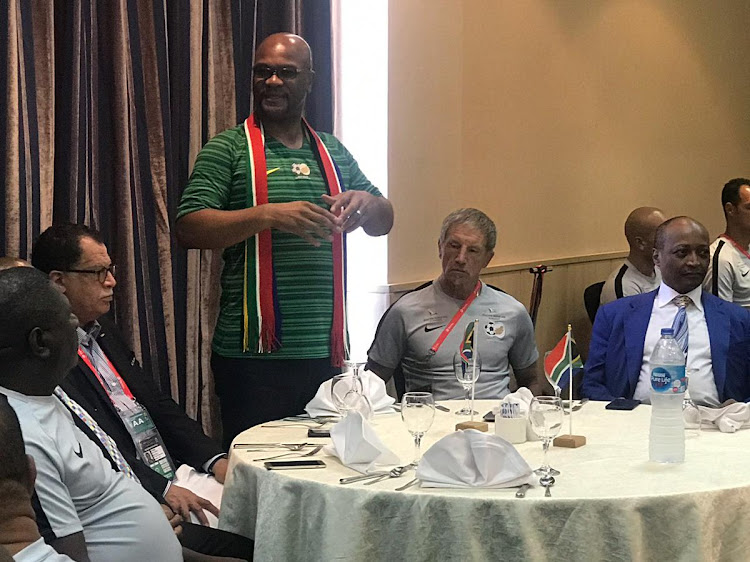 Sports minister Nathi Mthethwa has confirmed that the much-talked about and anticipated National Football Indaba will take place next month.

Mthethwa made a commitment during his budget speech in Parliament four months ago to convene the Indaba during the current financial year in a bid to address persistent problems plaguing SA's national teams.

“It is happening‚ it should be next month and we will communicate the dates‚” said Mthethwa.

“It is important to do this because football as the number one loved sport in the country needs to be assisted.

"We need all the stakeholders like administrators‚ players‚ coaches and others to come together so that we can map the way forward.

"We must get everybody on board.”

Bafana Bafana are ranked a disappointing 71st in the world and 13th on the continent‚ and last week the SA Under-17 team were humiliated 7-0 by Zambia at the Cosafa Championships.

In recent international tournaments‚ the men’s Under-20 national team finished bottom of the group at the Fifa World Cup in Poland after suffering two losses and one draw.

The Under-23 team also finished on the basement of their group at the Rio Olympic Games in 2016 with two draws and a loss.

The Under-17 women’s team and the seniors Banyana Banyana lost all their group matches during their respective World Cups in Uruguay and France and Mthethwa says solutions must be found.

“We are not performing at our level‚" he said.

"We are struggling on the continent and we are not even spoken about internationally.

"I am also concerned that we seem to have huge gaps in SA‚ for instance‚ we don’t have many outstanding strikers in the country today.

“We don’t have people you know that they will get to the international stage and shoot from all cylinders‚ as it where‚ and that has to do with the kind of players we have currently.

"It is not a problem of their own making but the environment they operate in.

"In the past‚ school sport was very strong and this is what we want to concentrate on as the feeder to national teams.”

Norman Mapeza will become the 233rd different coach to take charge of a club in the Premier Soccer League (PSL) era‚ which stretches back to 1996‚ ...
Sport
2 years ago