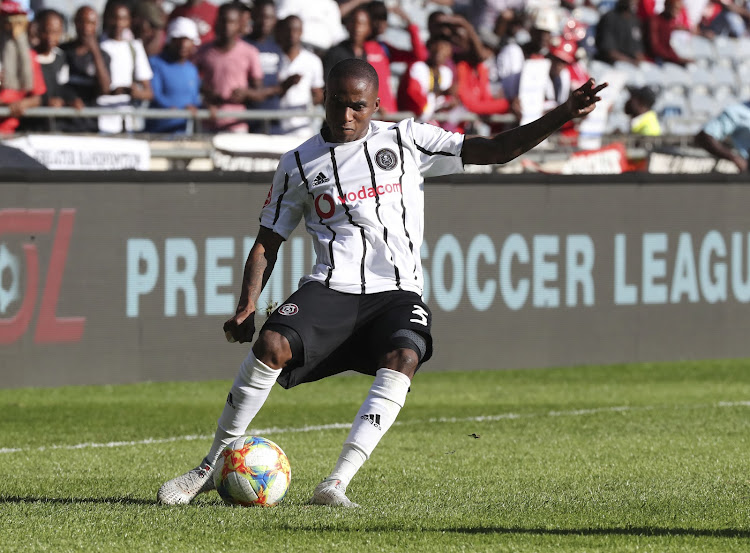 He was reluctant to single out an individual player from a solid team performance‚ but Orlando Pirates coach Rulani Mokwena did profess himself pleased to see Thembinkosi Lorch return to form in Bucs’ weekend Telkom Knockout victory against Stellenbosch FC.

Pirates were far more convincing than the 1-0 scoreline in their last-16 win at Orlando Stadium on Saturday evening suggested.

Missed chances were the culprit in the Buccaneers leaving it late to seal the game until Lorch scored his first of the season in the 84th minute.

Lorch – a star of and the goal-scorer in Bafana Bafana’s remarkable shock of hosts Egypt at the Africa Cup of Nations in July‚ and the Premier Soccer League’s Footballer of the Season in 2018-19 – had struggled to find his gears this campaign.

He was all over Stellenbosch in attack on Saturday‚ peppering them with shots on target until one went in.

“If I have to pinpoint it would be very difficult‚ because Ntsikelelo Nyauza was very good‚ Happy Jele was colossal on the day‚” Mokwena said of his team’s individual performances.

“Paseka Mako was unbelievable‚ both on attack and defence. Linda Mntambo was good – gave balance to the team and used the ball well.

“Fortune Makaringe also reminded us of the Makaringe who we saw at Maritzburg‚ and who was selected for Bafana‚ and of why we brought him here.

"Good with the ball‚ and without the ball‚ in the right areas anticipating play.

“And then Lorch was unbelievable. I know people are losing a bit of faith and patience in him. But he will come.

“He can get better. He knows that. But he’s very honest and he wants to always improve and better his performances so that he can contribute more to the team.

“Tshegofatso Mabasa led our high press and was exceptional.

"Vincent Pule put in a good shift and helped on the high press. They are the ones who take the pressure off the last line.

“It was a collective effort. Very good in both phases.”

Orlando Pirates made heavy weather of their passage to the last 8 of the Telkom Knockout, missing an avalanche of glaring chances before Thembinkosi ...
Sport
2 years ago

A relieved Ernst Middendorp was effusive in his praise of his team’s performance as Kaizer Chiefs won on Saturday in the Telkom Knockout and‚ ...
Sport
2 years ago