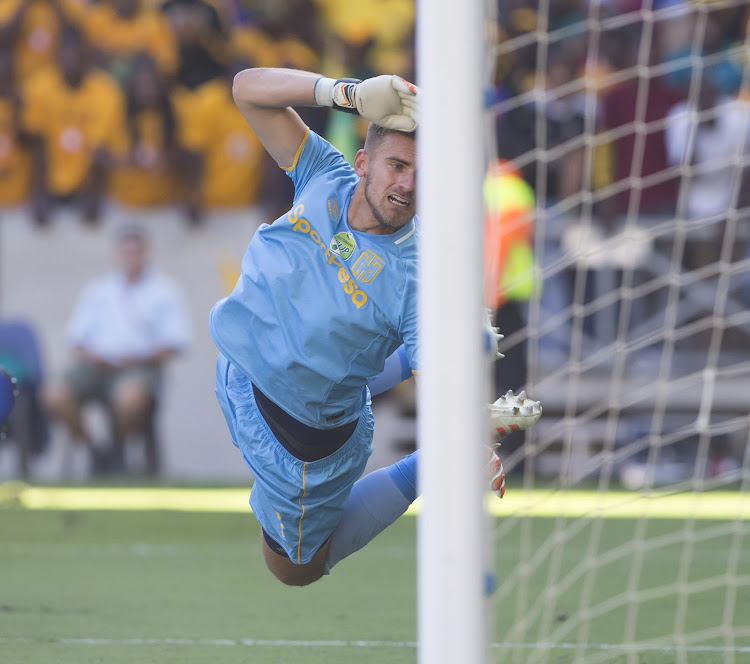 Peter Leeuwenburg has extended his contract at Cape Town City after admitting he has been surprised at the competitive standard of South African football.

The giant Dutch goalkeeper joined the club at the start of last season and after just 14 months has extended his deal at the club until 2023 – by which time he will be 29-years-old.

It is a commitment to the South African domestoc game which he came to cold from Ajax Amsterdam‚ where opportunity in the club’s second team‚ who play in the Dutch second division‚ had been limited.

Leeuwenburg proved a revelation in his first season in the Premier Soccer League (PSL)‚ making two penalty saves in the MTN8 final penalty shootout to win a trophy just weeks after arriving.

He was then being nominated‚ at the end of the season‚ as one of three finalists for the Goalkeeper of the Year award.

“So far‚ so good‚ no complaints‚” he told TimesLIVE.

“The level was better than expected‚ that’s fair to say‚" he said.

“In the Netherlands we don’t know much about SA football but it surprised me in almost every way.

“Life is good‚ the club is very professional. I have the opportunity to play a lot of games.”

Since Leeuwenburg’s arrival‚ goalkeepers from Europe have become a bit of a trend.