Stellenbosch FC do not fear Orlando Pirates in Cape Town 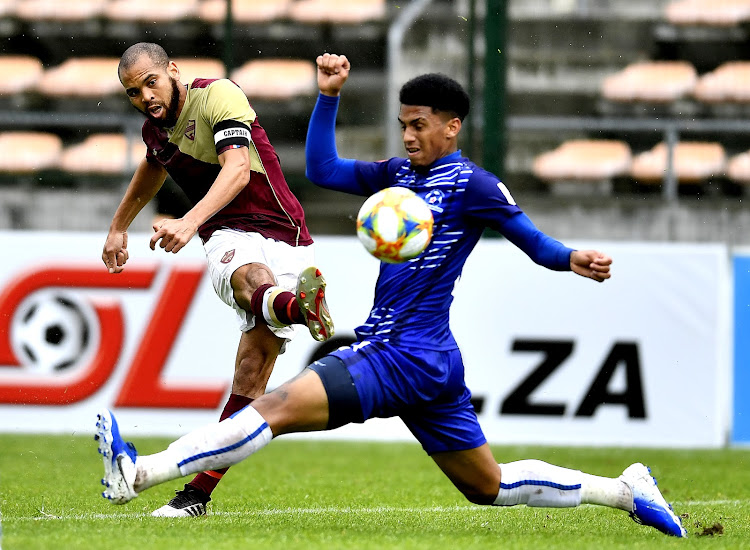 After nine seasons playing in the National First Division‚ Stellenbosch FC skipper Jarrod Moroole is ready of the game of his career against Orlando Pirates on Saturday.

He missed out playing against the Bucaneers last weekend in the Telkom Knockout because of a slight hamstring twinge but is in contention to be fielded in the return encounter between the two clubs‚ this time in the league and at the Cape Town Stadium on Saturday afternoon.

It will be the first appearance for Stellenbosch at the World Cup venue‚ another source of much excitement for the top flight rookies‚ whose own venue in the Winelands is being renovated to bring it up to Premier Soccer League (PSL) standards.

“I’ve been playing in the NFD for nine seasons‚ so for me to get to the PSL is a big achievement.

"It’s so different‚ different class‚” the 28-year-old midfielder enthused on Wednesday after the Stellenbosch squad were given one hour only to train on the slick surface.

“What a big opportunity against such a big team. It will be so nice to play in front of our families‚ friends and supporters.

“It’s a good challenge to see where we are and if we beat them‚ we go above them (in the PSL log standings).

“There is a real buzz in the camp. Everyone wants to get that opportunity to play. Everyone is fighting for a chance.

"It’s history for Stellenbosch to play one of these big teams.”

Moroole said Stellenbosch could beat Pirates by playing balls over the top of their fragile defence but they would be looking to keep more possession.

“We need to play a little bit quicker‚ we have to give them what they are giving us.”

He said he was impressed with performance of a second-string Stellenbosch side last Saturday at the Orlando Stadium.

“In the game we actually defended quite well but Orlando Pirates are a good team‚" he said.

"They have been in the PSL for long.

“They will be playing for their fans and for themselves and they will need to win because they have to keep themselves up with the frontrunners.”