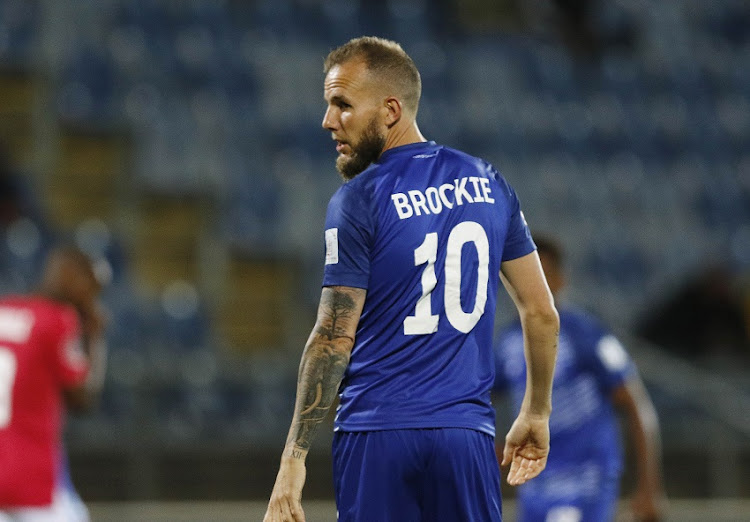 Jeremy Brockie is now fully fit and raring to go‚ according to Maritzburg United coach Eric Tinkler‚ but if he is finally going to break his goal drought needs more help from his teammates.

It is now almost one year since his last Premier Soccer League goal‚ netted for Sundowns in their 3-1 win over Free State Stars at Loftus Versfeld‚ and just under 11 months since the 32-year-old’s last goal overall against Al Ahli Benghazi of Libya in the African Champions League.

“Jeremy is not going to find goals by himself‚ it needs to come from within the squad‚ the players‚ us creating those opportunity for the like of Jeremy‚ (Thabiso) Kutumela and Judas Moseamedi to score‚" he said.

“And I don’t think we are getting that final phase entirely correct. If we can do that‚ we’ll take a lot of pressure off ourselves.

“Jeremy is fit now. The press distorted my words when I spoke about it last time.

“Jeremy has now come through the games with us and got minutes under his belt.

“But he’s getting a little bit frustrated that we are not creating opportunities.

“Players are then getting involved in situations that are not in their comfort zone.

“That sometimes can look to people outside that he is having a poor game but sometimes he is looking to try and create something that is going to help him score a goal.

“Hence I say to you‚ that’s something we need to work on. We’ve got to get better with our passes and setting up the strikers and sometimes be a little bit lenient.”

Tinkler said Maritzburg’s offensive play has to improve ahead of Friday’s Telkom Knockout quarter-final against Highlands Park at the Harry Gwala Stadium.

“We were very good at the start of the season‚ we created so many chances but I don’t think we’ve been created enough in front of goal lately‚” he added.