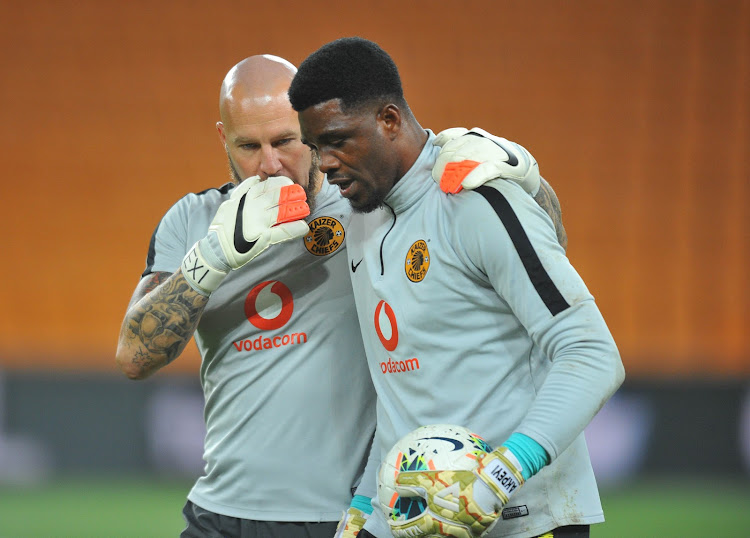 Kaizer Chiefs goalkeeper Daniel Akpeyi has been showered with praise by his coach Ernst Middendorp after he managed to withstand considerable pressure in the last few months and eventually fill the void left by the injured Itumeleng Khune.

Chiefs fans greeted Akpeyi’s arrival from Chippa United in January with skepticism‚ but the Nigerian has managed to win many of them over and has only conceded three goals in the league and as many in the Telkom Knockout competition.

“He is a grown up and has always performed‚” said Middendorp‚ who has also used the inexperienced Bruce Bvuma and Khune between the poles this season.

“He just came in to help the club because of the issue of Itu Khune being injured and that was all.

“Don’t forget it is qualified work that is being done by goalkeeper coach Lee Baxter‚" Middendorp said.

"It is the result of having a qualified goalkeeper coach and he has helped him to be able to deal with the outside drama that met his arrival in January and February.

"He is experienced and he has been to the (Fifa) World Cup with lots of experience.

"He is definitely doing well‚ he is performing and that is something special.”

Akpeyi is expected to be the last line of defence again on Wednesday night when Chiefs take on Chippa United in their Absa Premiership clash at Nelson Mandela Bay Stadium.

Amakhosi will be looking to stretch their lead at the top of the log with three points against a desperate Chippa side that is flirting with danger at the foot of the table.