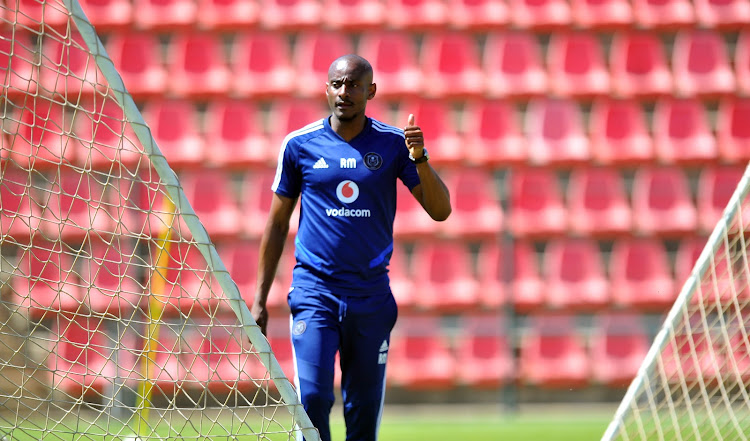 Orlando Pirates have stabilised and are no longer porous in defence‚ coach Rulani Mokwena has said ahead of Saturday’s Absa Premiership Soweto derby against Kaizer Chiefs at FNB Stadium (kickoff 3.30pm).

Mokwena has become increasingly embattled in the Buccaneer hotseat‚ a situation not aided by the past week’s results – Saturday’s penalties defeat against Chiefs in the Telkom Knockout derby in Durban‚ and Tuesday’s home 0-0 league draw against Maritzburg United.

Mokwena points out that an initial area of concern since he became caretaker after head coach Milutin Sredojevic’s bombshell early-season exit – goals conceded – does appear to have stabilised.

“Look‚ we’re a work in progress. I think it’s clear to see that from a competitive perspective Orlando Pirates are not getting the results that they deserve‚” the coach said.

“And we know that sooner or later we’ll get the results that we deserve because in football results are nine times out of 10 a consequence of performances.”

Mokwena has said that work done in the October Fifa international break – which followed a 3-3 draw against Cape Town City‚ as Bucs conceded eight goals in three games – has resulted in a greater balance between defence and attack.

“We knew that going into the Fifa break we were conceding a lot of goals. We have stabilised things‚ and we’ve found a bit more balance and our organisational forms‚ particularly to try and mirror both our phases.”

Some big results in the past six weeks in cup and league football have continued Kaizer Chiefs’ upward trajectory in confidence‚ Amakhosi coach Ernst ...
Sport
2 years ago

Khama Billiat has paid tribute to Kaizer Chiefs’ defensive structure as the key reason for their form.
Sport
2 years ago