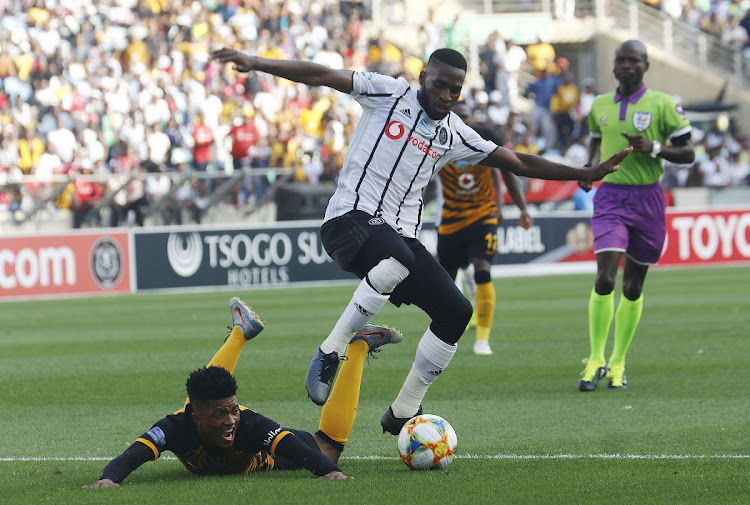 Orlando Pirates have many versatile players, and they are expected to slot into various roles, midfielder Fortune Makaringe has said ahead of Saturday’s Absa Premiership Soweto derby against Kaizer Chiefs at FNB Stadium (kickoff 3.30pm).

Caretaker-coach Rulani Mokwena’s chopping and changing of playing personnel at times appears to confuse Pirates, who have laboured since the bombshell departure of head coach Milutin Sredojevic three matches into the 2019-20 season.

Within those team changes, players are also shifted in positions quite regularly.

Makaringe is a player who has managed to maintain a high level of form despite being used in various positions — at times in deep central midfield, sometimes higher, sometimes out wide and even as a second striker.

He said Bucs’ various formations and roles expected of the players are worked on in training, and adaptability is required at the club.

“For me, and which is something that I’ve actually picked up in the whole Orlando Pirates family, is that there are a lot of players who are versatile,” Makaringe said.

“So for me to be in this kind of set-up actually compliments me as an individual, to be part of a team that has so many versatile players.

Orlando Pirates have stabilised and are no longer porous in defence‚ coach Rulani Mokwena has said ahead of Saturday’s Absa Premiership Soweto derby ...
Sport
2 years ago

“So for me it’s not a problem. I need to serve — we are servants in the team.

“It doesn’t create any confusion at all. The technical team are hard-working people. Everything that we implement on the field is worked on in training.

“And the versatility that you see from the players is something that we always work on. There’s no time to relax in the team. We’re always working.”

It’s a complex philosophy 32-year-old coaching prodigy Mokwena has strived for. Yet, as much as Pirates have struggled for results, there has been the sense that there is just a small margin needed for the team to click.

“I think that small inch is something that we’ve been working on. It can only grow from time to time,” Makaringe said.

“If you believe in the process then surely it’s going to come by any means. The results are going to come, as long as we never change what we’ve been doing well.”

Pirates lost on penalties after a 2-2 extra-time thriller in last Saturday’s first derby within a week in a Telkom Knockout quarterfinal at Moses Mabhida Stadium.

They were held to a 0-0 league draw by Maritzburg United at Orlando Stadium on Tuesday night to sit in ninth place in the PSL.

Some big results in the past six weeks in cup and league football have continued Kaizer Chiefs’ upward trajectory in confidence‚ Amakhosi coach Ernst ...
Sport
2 years ago

Khama Billiat has paid tribute to Kaizer Chiefs’ defensive structure as the key reason for their form.
Sport
2 years ago