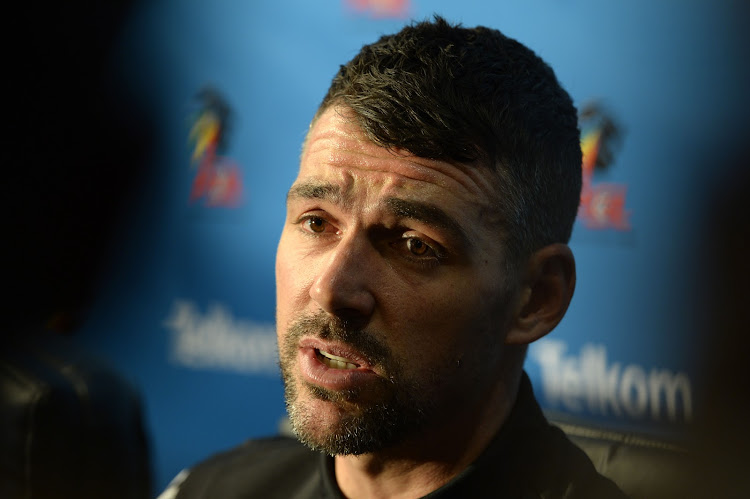 Orlando Pirates might have finished on the losing end in Saturday’s derby at Soccer City but had several individual performances to be pleased about despite the 3-2 loss to arch rivals Kaizer Chiefs.

But with only three wins in 11 games so far this league season‚ they are beginning to fall behind and are in much need of a collective wake-up call.

This is how the Pirates players rated on Saturday (rated out of 10 in brackets):

Wayne Sandilands (7): Was he to blame for the opening own goal in a communication mix-up with captain Ntsikelelo Nyauza?

If so‚ he made up for it with several good saves‚ none more so than Khama Billiat’s late freekick that he parried away and then got up to make a double save.

Abel Mabaso (6): The makeshift right-back playing in only his second game of the season‚ Mabaso looked a little under the whip at times and was caught out of position. But he left the field having proven competent.

Ntsikelelo Nyauza (4): The own goal he scored was a horror start to a match in which he was expected to provide the leadership and although he tried hard to get forward and atone for the mistake‚ ultimately he was the captain of a leaky defence.

Innocent Maela (5): Moved across to centre-back to stand in for the suspended Happy Jele – a position he has played before – but proved out of his depth and was consistently caught out.

Paseka Mako (5): Largely anonymous in the first half‚ he came alive on the attack in the second half and contributed meaningfully.

But his overall showing was tarnished by the tackle on Bernard Parker that gave away the late penalty and allowed Chiefs to win.

Ben Motshwari (6): Getting back into the swing of things and beginning to find his rhythm as he works his way back from injury and was full of application‚ both on the front foot and on the back foot.

Xola Mlambo (5): Back after being dropped for the last five matches and provided power in the midfield.

But he is a slow distributor of the ball‚ which contrasts with the quick teammates around him‚ and misses so many opportunities to put his side onto the attack.

Fortune Makaringe (5): Struck the woodwork with an early shot but then had his knee banged up by a clumsy Willard Katsande challenge. He was not as effective afterwards.

He eventually faded out of the contest and was replaced.

Thembinkosi Lorch (5): Not as sharp as usual although he got himself into a great position to power a header onto the post in the second half.

He also fluffed a very good chance from close in and was a little too flippant in his passing and hasty in his decision-making.

Vincent Pule (6): Also hit the woodwork with a sharp effort and was more influential than he had been a week ago when Chiefs edged out Pirates in the Telkom Knockout.

But still needs to know how to properly use all his skills.

Made things happen every time he had the ball‚ always looked dangerous and had a fire in his belly throughout. And what a goal to make it 2-2 in the second half!

Pirates used Justin Shonga‚ Tshegofatso Mabasa and Augustine Mulenga as substitutes as they bid to get more bodies forward later in the game.

Some big results in the past six weeks in cup and league football have continued Kaizer Chiefs’ upward trajectory in confidence‚ Amakhosi coach Ernst ...
Sport
1 year ago

With just over two hours before kickoff of the eagerly-anticipated Soweto derby between Kaizer Chiefs and Orlando Pirates‚ fans were slowly making ...
Sport
1 year ago

Khama Billiat has paid tribute to Kaizer Chiefs’ defensive structure as the key reason for their form.
Sport
1 year ago