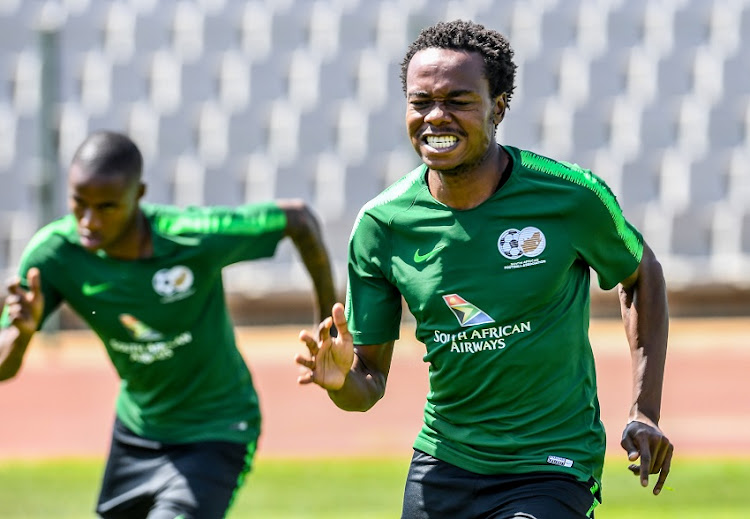 Bafana Bafana would love to earn at least a draw against Ghana at Cape Coast Stadium to get their 2021 Africa Cup of Nations qualifying campaign off to a positive start.

TimesLIVE looks at three key matchups as Molefi Ntseki’s Bafana take on a troubled Black Stars – whose coach‚ Kwesi Appiah‚ is under pressure after a last-16 exit at the 2019 Afcon in Egypt– on Thursday night (kickoff 7pm Ghana time‚ 9pm SA time).

Partey is the successor to Michael Essien in Ghana’s defensive midfield.

The Atletico Madrid star shares a number of his predecessor’s qualities‚ not least the ability to challenge with a force that makes onlookers fear for the coninued existence of the opponent’s bones.

He also has an ability to find direct passes from deep that turn defence into attack.

Amiens SC star Zungu showed all his class for Bafana reaching the Egypt 2019 quarterfinals‚ including a masterclass display as SA shocked hosts Egypt.

Box-to-box midfielder Zungu‚ skilful and no slouch physically either‚ will come into direct contact with Partey in what should be a crunching encounter.

SA’s most exciting attacking talent Tau has made a bright start in a European top-flight league for Club Brugge this season‚ including matching his skills and pace against giants in the Uefa Champions League.

With Metz defender John Boye out injured‚ his Nations Cup central defensive partner Nuhu will take up the leadership of Ghana’s back four against Bafana.

He competes at a high level on loan at the Bundesliga’s newly-promoted Fortuna Dusseldorf‚ but Tau can give just about any centreback nightmares when he’s on song.

3. Andre and Jordan Ayew vs Thulani Hlatshwayo and Buhle Mkhwanazi

Ghana’s disappointing Nations Cup in Egypt has put pressure on Appiah to begin rebuilding‚ and perhaps start discarding some of the stars of the generation who lost on penalties to Ivory Coast in the 2015 Afcon final.

He was a star in the Ba-Ghana Ba-Ghana combination who lost on penalties to Uruguay in a heartbreaking 2010 World Cup quarterfinal at Soccer City.

Jordan Ayew was not in the 2010 squad‚ only making his international debut in September 2010‚ but has notched 56 caps and 15 goals since.

The strike partnership (Andre can also play on the left) remain the most influential cog and destructive influence for the Black Stars.

SA’s centreback partnership‚ the Bidvest Wits pairing of Hlatshwayo and Mkhwanazi‚ were never overawed against some classy attacks at Egypt 2019.

They will be severely tested by the world-class skills‚ touches‚ and running into spaces of the Ayews.