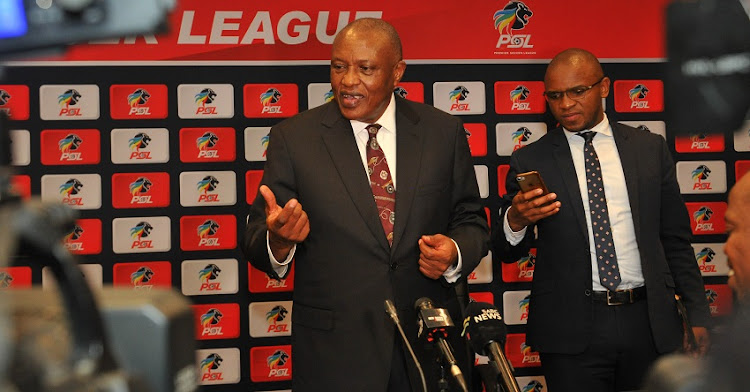 The Premier Soccer League were able to post a revenue of R1-billion for the first time at a Board of Governors meeting in Johannesburg‚ PSL chairman Irvin Khoza announced afterwards.

Khoza said the record revenue value of the league for the 2018-19 financial year was R1.05-billion.

Khoza said in the wake of this new financial mark the PSL will be increasing the clubs’ monthly grants from next season from the current R1.5-million‚ though could not specify by how much.

“We’ve now reached the R1-billion mark in our income‚ which is a record‚” Khoza said.

“And that augurs well for the clubs in the new season‚ who are going to have an increase on the grants.”

#PSL chairman #IrvinKhoza speaks about match officials, #VAR and the league having gone past the R1-billion mark in revenue. pic.twitter.com/io0zwIxCqL

He was asked how the PSL’s increase in revenue has arrived.

“Mainly it was renewal of our broadcast income‚ because that makes a high percentage of our income stream‚” Khoza said.

The PSL in the past year added the GladAfrica sponsorship‚ the first deal for financial coverage of the First Division in 12 years from 2007.