Ntseki concedes Bafana need to bounce back against Sudan 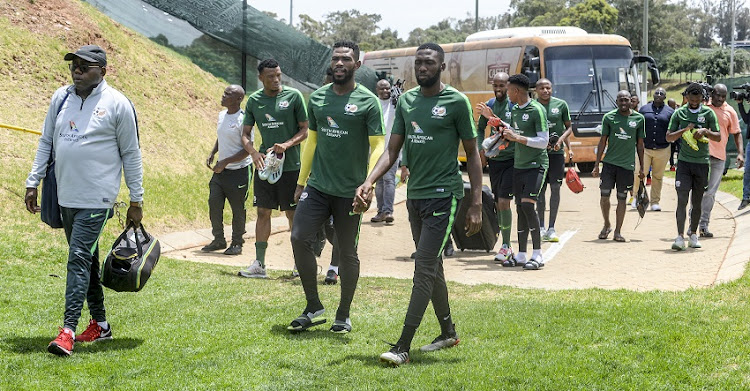 Bafana Bafana need to bounce back against Sudan on Sunday‚ coach Molefi Ntseki conceded after his team got off to a 2-0 defeat at the start of their 2021 Africa Cup of Nations qualifying campaign against Ghana on Thursday.

The top two teams from 12 groups reach Cameroon 2021. Sao Tome and Principe lost 4-0 to Sudan in Omdurman on Wednesday‚ and are clearly the group whipping boys.

The confidence with which 2019 Nations cup last-16 finishers Ghana saw off that competition’s quarterfinalists Bafana at Cape Coast Sports Stadium on Thursday night suggests the Black Stars are clear early favourites to top the group.

That seems to leave Sudan and South Africa to compete for second place‚ making it seemingly already a must-win result needed for Bafana as early as in just the second match of their campaign at Orlando Stadium on Sunday (kickoff 3pm).

Ntseki said he was confident his men would achieve a win.

“I think in the qualifiers you will always have those situations where some of the teams in your group win and you will end up losing the matches‚” he said‚ asked what the significance of starting with away defeat against Ghana conveyed for Bafana.

“But I think we prepared very well for the back-to-back matches. We were fully aware that we would play the first match in Ghana‚ and the second against Sudan in South Africa.

“Everybody who we have in this camp will still be available for Sunday‚ except for Bongani Zungu who got a knee injury.

“We have selected a balanced team. And we are looking forward to the playing our best team on Sunday and doing well for ourselves and winning the match.”

Bafana have a hectic schedule from their game against Ghana in Cape Coast‚ arriving back in SA at 5pm on Friday‚ with a single training session at Orlando Stadium on Saturday‚ then the match on Sunday.

Sudan have had a more leisurely build-up to Sunday’s qualifier having met Sao Tome on Wednesday night.