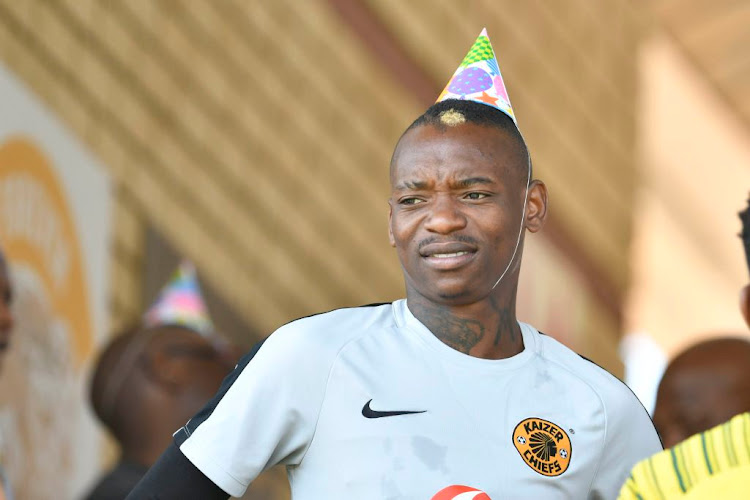 A number of prominent premiership players were in action for their various countries during the weekend’s 2021 Africa Cup of Nations qualifiers‚ including Kaizer Chiefs’ Khama Billiat‚ who drew a blank against Botswana.

Billiat and company endured a frustrating time as they were held to a 0-0 draw in their opening qualifier in Harare.

The Warriors created numerous opportunities‚ but Billiat‚ as well as in-form Lamontville Golden Arrows striker Knox Mutizwa‚ spurned a number of them.

Zimbabwe will next be in action on Tuesday when they travel to Zambia‚ meaning the earliest Chiefs will get Billiat back is Wednesday ahead of their weekend Telkom Knockout semifinal versus Maritzburg United.

Zimbabwe’s display was described by local media as “one of the worst at home in living memory”‚ and bizarrely Mahachi was named Man of the Match despite coming on in the 78th minute!

Celtic striker Sera Motebang started for Thabo Senong’s Lesotho as they put up a brave fight‚ but went down 4-2 at home to Nigeria on Sunday to take a single point from their opening two games.

Striker Masoabi Nkoto of GladAfrica Championship side Real Kings was on target with the first goal for the Mountain Kingdom‚ while Black Leopards duo Tshwarelo Bereng and Tumelo Khutlang also featured.

Chiefs goalkeeper Daniel Akpeyi was back in the Nigeria side after his difficult Africa Cup of Nations finals in Egypt‚ with faith seemingly restored by coach Gernot Rohr.

Leopards goalkeeper Jonas Mendes had a difficult afternoon as his Guinea-Bissau side lost 3-0 in Congo‚ a surprisingly easy capitulation.

Mamelodi Sundowns goalkeeper Dennis Onyango captained Uganda as they won 2-0 at home to Malawi‚ who had Orlando Pirates forward Gabadinho Mhango‚ and the Baroka FC duo of Richard Mbulu and Gerald Phiri Jnr in their side.

Mhango had scored the winner in the midweek victory over South Sudan‚ but this time drew a blank against the Sundowns gloveman.

More players could be in action in the coming days.

Maritzburg United goalkeeper Richard Ofori is expected to start for Ghana as they travel to Sao Tome and Principe‚ and Cape Town City defender Edmilson Dove and BidVest Wits winger Elias Pelembe for Mozambique in their trip to Cape Verde Islands.

Bad blood between Billiat and Chiefs coach Middendorp? 'I don't know that‚' says the player

Khama Billiat has insisted that his relationship with Kaizer Chiefs coach Ernst Middendorp is “fine”‚ dismissing speculation of a personality clash.
Sport
2 years ago