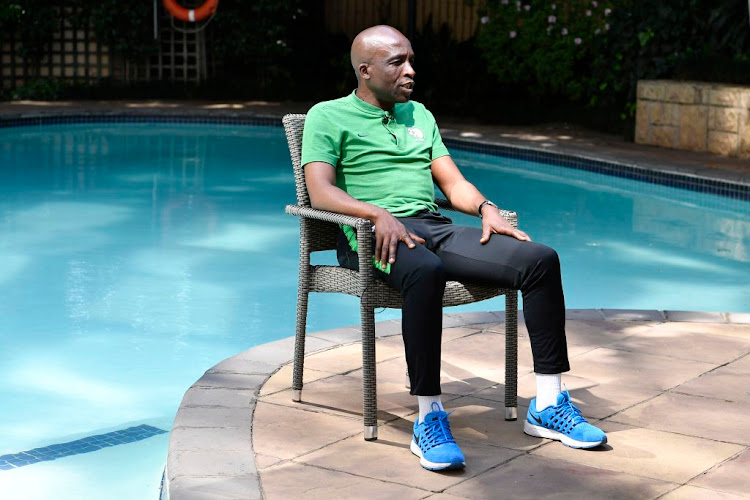 SA coach David Notoane says there is no need to change tactics as his side prepare to face hosts Egypt in the semifinals of the 2019 Africa Under-23 Cup of Nations in Cairo on Tuesday.

There will not only be a place in Friday’s tournament final on the line‚ but the winner of the tie will also seal a berth at the 2020 Tokyo Olympic Games‚ a huge carrot to be dangled in front of the players.

South Africa finished runners-up in their Group B with a win and two draws‚ and have yet to concede a goal in the competition.

While that statistic is impressive‚ they have only managed one goal at the other end themselves‚ which came from a free-kick by Teboho Mokoena against Ivory Coast and means they have yet to score from open play in almost five hours of football.

But Notoane says their plans are working and the lack of goals is not because of a lack of opportunities created.

“If it is not broken‚ don’t try to fix it‚” he told reporters on Monday.

“I didn’t think our tactics have been defensive. We have created a lot of good moments in attack. Unfortunately‚ we have not had the luck of scoring the from the chances we have created.

“We will continue being tight in defence‚ but we have spoken to the players about that [a lack of goals]. Maybe there is too much pressure on them to want to score individually.”

Notoane says the do-or-die nature of the tie should also stand his team in good stead as they don’t need to worry about what is going on elsewhere.

“We are entering a different stage of the competition. When you play in the group stages you play three opponents‚ so while you are trying to win your own match‚ you also have to check the permutations‚" he said.

“Now we only have one opponent in front of us‚ it’s a knockout game. We will take the game to them. Hopefully we take the opportunities that we create and we keep our clean sheet to make the final.”

Notoane says their Olympic dream is tantalisingly close‚ though defeat will give them one more chance to qualify in the third-place play-off against the loser of the other semi-final between the Ivorians and Ghana.

South Africa visited Cairo for a friendly prior to the tournament for a friendly with the hosts and lost 1-0‚ though Notoane says they learnt much about their opponents in that game.

“It is a big game for us‚ a game that gives us an opportunity to achieve what we came here for‚ which is to go to the Olympics and to the final and win the championship‚” he said.

“We are playing against a team we know very well‚ they also know us well having coming here before for a practice match. We both benefited from that game.

“We will prepare thoroughly‚ the best team on the day tomorrow will be the one that comes through. We look forward to a big game.”

South Africa qualified for the Olympic Games in 2016 when they finished third at the 2015 Under-23 Afcon‚ losing 2-0 to Algeria in the semifinals before a penalty shoot-out win over Senegal in the bronze-medal match.

South Africa got the point they needed to advance to the semifinals of the 2019 Africa Under-23 Cup of Nations as they played to a 0-0 draw with ...
Sport
2 years ago

South Africa coach David Notoane could not hide his delight after his side qualified for the semifinals of the Africa Under-23 Cup of Nations on ...
Sport
2 years ago

SA under-23 coach David Notoane is rubbing his hands at the thought of synergy among all national teams following the elevation of former under-17 ...
Sport
2 years ago