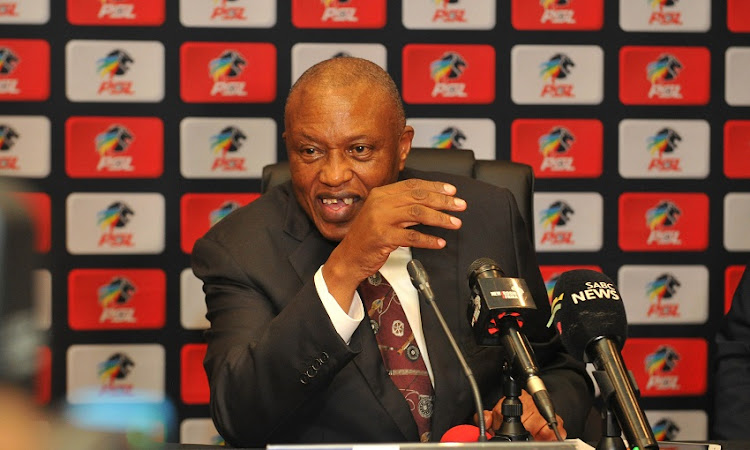 Premier Soccer League (PSL) chairman Irvin Khoza says the next pressing issue for a league that now earns R1-billion in revenue is to improve its talent pipeline.

Khoza said an element such as the Multichoice Diski Challenge (MDC) reserve league‚ from this season under-21‚ is already improving that pipeline.

He said issues such as clubs’ academies and scouting systems could also receive attention.

Khoza said the league’s Board of Gorvernors (BoG) meeting last week had a presentation from the Bundesliga‚ discussing their partnership with the PSL for the last three years‚ and how to take it to another level.

This included how to enhance grassroots development and academies.

“I think we are on par on a lot of things‚” said Khoza of the record R1.05-billion revenue declared at the BoG meeting.

“But the most important thing is to fine-tune our pipeline on talent.

“I was happy to hear when the Bundesliga were talking about the under-21 – for us we call it the [MDC] reserve league.

“But there are things that we need to streamline in terms of how to segment the scouting of players‚ how to cultivate and develop them in terms of monitoring to make sure that to we see them at their maturity date. Because some of them get lost in the system.

“And also to avoid the issues of age. Because there is the problematic issue – it’s an issue of economics‚ and I don’t know who the culprits are in the pipeline – of ‘football age’ and ‘real age’.

Chiefs boss Kaizer Motaung cautions against fans getting carried away

Kaizer Chiefs boss Kaizer Motaung has urged fans and observers not to get carried away as the premiership leaders continue to set the pace after a ...
Sport
2 years ago

“We are trying to make sure that with the experiences we are sharing with the Bundesliga‚ they can assist us to overcome those challenges.”

Khoza said that PSL teams investing in the SA Football Association’s School of Excellence‚ then drawing players from that academy via an American-styled draft system‚ might be a solution to smaller clubs struggling to finance their own youth systems.

“The biggest challenge we have is the issue of resources of some of the clubs‚” he said.

“It’s either‚ and we will be calling an Indaba on this soon‚ we have one football school‚ or we support Safa in the School of Excellence.

“And we all invest in it‚ as clubs‚ to mitigate those clubs who cannot do it on their own. And we come with a draft system at the end of the qualification of those players.

“That might be the way‚ because if you don’t do that it’s survival of the fittest.

“Not everybody has got the deep pockets to run a successful academy in terms of what is required.”

Khoza said an Indaba on such matters is planned for next year.