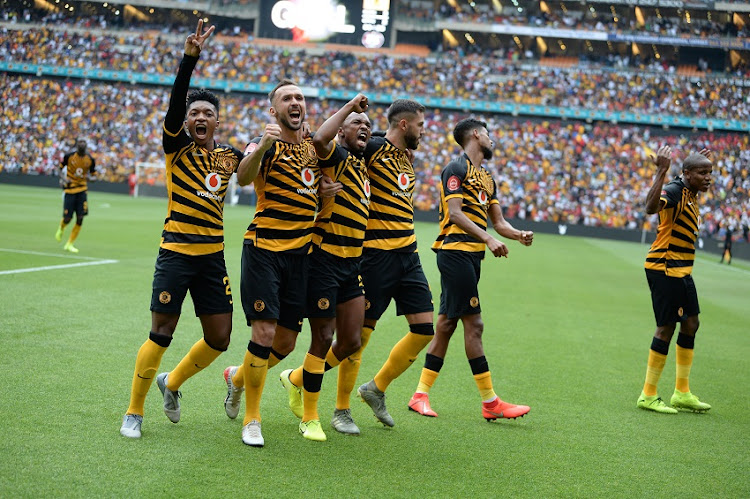 Kaizer Chiefs will know they face a tricky Telkom Knockout semifinal against Maritzburg United at the Mbombela Stadium on Sunday‚ but may also be licking their lips as they have a dominant record against the KwaZulu-Natal side.

Chiefs may have been through the doldrums in the last few years‚ but one thing has been consistent – their ability to win matches against Maritzburg.

Their last loss against their KwaZulu-Natal opponents came in March 2015‚ ironically at the closing stages of an Absa Premiership campaign that delivered the club their last trophy a few months later.

Since then there have been 10 matches played‚ with Chiefs winning seven and three draws‚ though one of those stalemates was in the 2016 Telkom Knockout when the AmaKhosi claimed a shoot-out after a 0-0 draw.

In all Chiefs and Maritzburg have met on 30 previous occasions in all competitions‚ with the Soweto giants winning 16‚ nine draws and only five Maritzburg wins.

Though after winning four of the first 13 meetings‚ Maritzburg have won only one of the last 17 encounters.

In cup competitions they have met on three occasions‚ with Chiefs advancing every single time‚ offering Maritzburg a glimpse of history if they can get a victory on Sunday.

Chiefs are appearing in the Telkom Knockout semifinals for the third time in four years‚ but have not lifted the trophy since 2010‚ their longest barren run in the history of the competition.

The AmaKhosi had a remarkable run of six trophy wins in 10 Telkom Knockout tournaments prior to that‚ but have since found the trophy impossible win in the following eight years.

They met Maritzburg in the first round of the competition in 2014‚ when a Bernard Parker goal sealed a 1-0 success‚ and then again two years’ later when they needed penalties to claim the win.

Chiefs have only lost one of their last 10 home Telkom Knockout games (not including penalties)‚ to Orlando Pirates in 2018‚ but have been taken to spot-kicks an astonishing six times in that run.

They have won four and lost two of those shoot-outs‚ though will be without suspended goalkeeper Daniel Akpeyi for this game after his heroics in helping them past Pirates in the previous round.