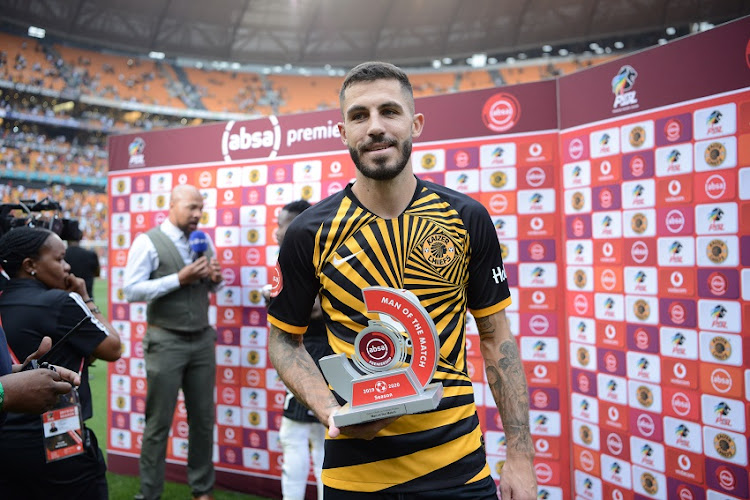 After Chiefs beat Pirates 3-2 in their Absa Premiership clash at FNB Stadium two weekends ago‚ Mokwena went on a tirade in the post-match press conference. The Bucs coach accused his opponents of “thuggery”‚ and said Bernard Parker found a swimming pool to dive into earning the winning penalty.

The win was Chiefs’ second in a week over Pirates‚ having edged out the Bucs on penalties after a 2-2 Telkom Knockout quarterfinal thriller at Moses Mabhida Stadium the previous Saturday.

Mokwena’s “thuggishness” claim was in reference to a scuffle at the end of the game where Chiefs centreback Erick Mathoho received his marching orders for a push on Pirates’ right-back Abel Mabaso‚ but which was started by Bucs’ Gabadinho Mhango.

Asked about Mokwena’s comments‚ Cardoso said: “You know‚ on that point‚ you saw the week before when we played the last derby in the Telkom‚ [Pirates forward] Thembinkosi Lorch stood on [Chiefs forward] Khama Billiat‚ nothing was said.

“Rulani didn’t have anything to say. I’m not bad-mouthing him but it works both ways.

“I think he’s just a very emotional coach and obviously it’s a big derby and that. But it’s part of football.

“We didn’t go out there to fight. I think it got blown out of proportion. Mathoho didn’t hit anybody. He pushed Abel Mabaso‚ and he fell.

“But I think they [Pirates] are the ones who might be doing diving lessons and carrying on like there’s as pool on the floor or something.

“But I think it was a very harsh decision from the ref [to only dismiss Mathoho]. It should have gone both ways. Pirates’ players also came in pushing us and we didn’t react like they did. So it’s one of those.”

Chiefs face Maritzburg United in the semifinals of the Telkom TKO on Sunday (kickoff 3pm).