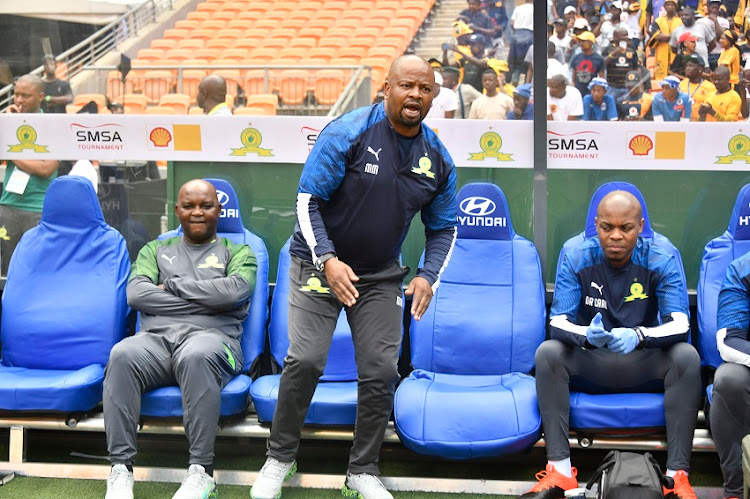 Steve Komphela may have failed to win a major cup competition or the league title in his 17-year coaching career but his friend Manqoba Mngqithi insists that his legacy has been secured.

Komphela's debut as a head coach was at the now defunct Manning Rangers in 2002 and after those early days in Durban‚ the former Bafana Bafana captain went on to have various coaching spells at ten teams in the Premier Soccer League (PSL).

While silverware has continued to eluded him as a head coach‚ Mngqithi insisted that the likable mentor should be recognised for the sterling work he has done at several clubs.

“There is no team where he has coached and he didn’t do well‚" said the Sundowns assistant coach.

"He always leaves a good legacy but unfortunately we are people who always want to stigmatise success with trophies.

“Our job is a thankless one and until you put something on the table‚ people will not respect you. Steve has done a tremendous job for all the teams he has coached and I have a lot of respect for the man.

“At Bloemfontein Celtic‚ he transformed a team that had so many challenges‚ at Manning Rangers he did so well and at Maritzburg United he put them in the top eight.

"At Kaizer Chiefs he stood firm and he was building towards maybe a championship team but unfortunately in our society we only define success with something on the table.”

Komphela is one of the most well-travelled coaches in SA and has also had stints with Bafana Bafana‚ the SA under-20s and the SA under-23s.

Mngqithi said even though Komphela has not won a trophy as a coach‚ he has unearthed and nurtured numerous players over the years.

“We don’t look at how many players have come through a particular coach‚ there are many coaches who have won trophies but they have not really introduced young players‚" he said.

"They have never promoted a young boy and made him a household name.

"Unfortunately‚ our job is thankless and you will always be judged on what you have achieved‚ but personally I have a lot of respect for Steve and I believe he has done a tremendous job whenever he has been.”

Komphela has an opportunity to end his almost two decades-long wait for silverware as Maritzburg are in the semifinals of the Telkom TKO.

But as luck would have it‚ Mngqithi and Sundowns are standing in his way and the two sides meet at the Sugar Ray Xulu Stadium on Saturday afternoon.

Mngqithi said their friendship would pause for the duration of the game as they try to outdo each other in the crunch match. “It’s a pity but he cannot go to the final via me‚" Mngqithi said.

"He is a good friend of mine but honestly speaking‚ we have a responsibility to our supporters and the club and we will never make it easy for anyone.

"We know the challenge ahead and we believe that they will put up a good fight.

"The fact that they have not lost at home this season also gives them a little bit of an edge‚ but we are a bigger team and we can deal with the challenge.”