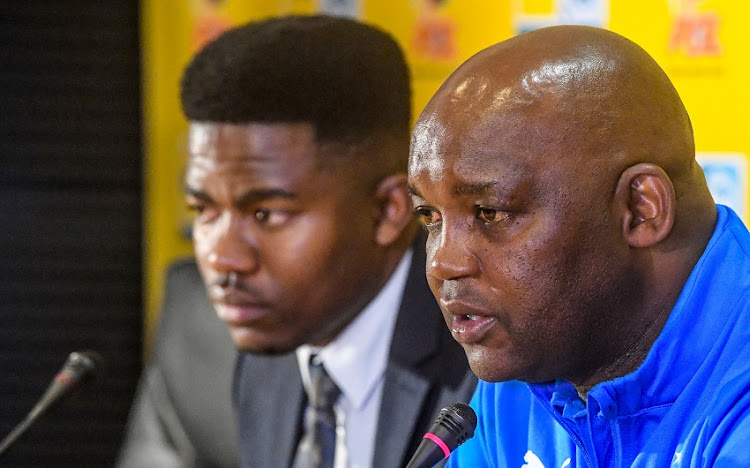 The Premier Soccer League (PSL) have acceded to Mamelodi Sundowns’ request to postpone their league match against Stellenbosch FC in Cape Town on December 11 to allow the Brazilians time to prepare for the Telkom TKO final.

Sundowns face Maritzburg United in the TKO final at Moses Mabhida Stadium in Durban on December 14 and a league match against Stellenbosch just days earlier would have impeded their preparations.

The Brazilians' coach Pitso Mosimane was always confident that the PSL would grant them the request and predicted the decision before the official confirmation.

“I think the league will move that game‚ otherwise it will be for the first time you have a team that is going to play in a cup final involved in a league match midweek.

"It would be for the first time in history‚ so I like to be positive and I think the PSL will move it‚” said Mosimane.

“We were up until very late on Monday night studying the fixtures and we made recommendations to the PSL to move some of the matches because the Caf fixtures have changed.

"Our recommendations include the Stellenbosch game.

“Fortunately‚ the league has been good to us and they have listened our proposals. The only two teams that can talk about proposing fixture changes are us and Bidvest Wits.

"When you are a well rested team‚ you compete with other teams like yourself and you must know your space‚ where you are and stay in that lane. Come to the fast lane then we will talk‚ don’t talk from the slow lane.”

Sundowns have entered a busy three-week period which continues with Champions League‚ group stages meeting with Angolan side Petro de Luanda at Loftus on Saturday.

After hosting De Luanda‚ they travel to North Africa to face Wydad Casablanca on December 7 and when they return from Morocco they play in the TKO final on December 14.