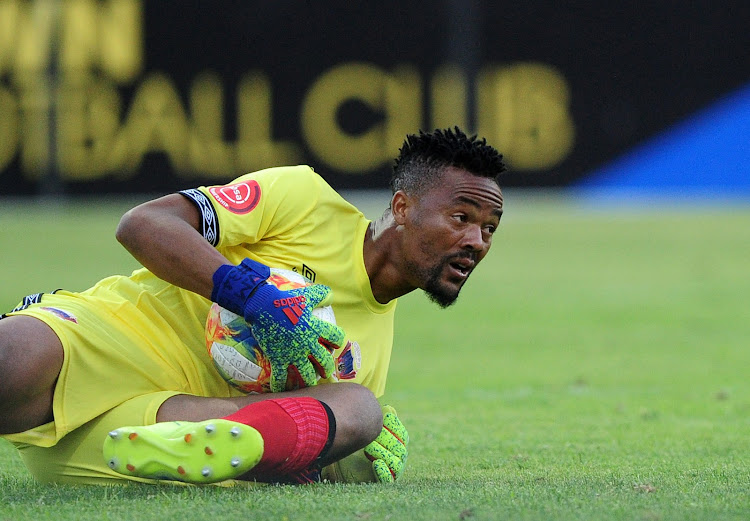 A jump of six positions not only lifted Chippa United out of the relegation zone but put them on a trajectory towards a top eight place by the end of the year as their remarkable turnaround under new coach Norman Mapeza continued.

The surprise 1-0 away win over Cape Town City on Saturday not only took Chippa off bottom place but blasted them up to 10th spot as they won for a third time in four matches.

Mapeza is taking on the air of a miracle worker but says the secret to the turnaround is simple.

“Whenever you get to a new club‚ the foundation is to build a solid defence - to have a good goalkeeper‚ four quality defenders who can depend on each other‚ fullback who sometimes can join up with the attack.

“That’s where we started‚ shaping the team‚ working on how to shift as a group but last week against Baroka we didn’t get forward enough in numbers.

“Meshack Maphungule and Thabo Rakhale didn’t get up to join (Augustine) Kwem. But against City it was there because I insisted that we work on that in training‚” Mapeza explained.

“When I arrived here some two months ago‚ I knew the situation with the club. I thought ‘let me take the challenge‚ let me lift these boys’.

“I’m not taking anything away from the other coaches (that came before). They did very well. Surviving relegation is not easy.”

But Mapeza looks to have the Midas touch missing for several seasons now if he can keep up the turnabout.

“So for me as a coach this is a big positive‚ I always leave the training ground and go home in good spirits because the guys are willing to push‚” added the ex-Zimbabwe international and national team coach.

“We don’t have numbers‚ we have a very small squad‚ but we have to keep pushing and I hope come January we will beef up the squad.”

The victory over City showed how Mapeza has instilled much more discipline as Chippa held firm under a sustained onslaught.

“Credit go to the boys. They worked so hard. They defended so well.

“In the second half we knew we were playing against the wind and it wasn’t going to be easy‚ but we were very disciplined‚ very organised at the back.”

Chippa will be in the top eight if they beat SuperSport United at home in their last game on December 21 but Mapeza has warned his players not to get ahead of themselves.

“I was talking to the players straight after the match and telling them ‘we have to remain humble’.

“In football‚ this is the most dangerous time.

“When things are going like this‚ it is very easy to switch off‚ so what’s important is to maintain the discipline and the positive attitude.

“If we are going to lose that‚ then we are in trouble‚” he warned.

Aggravated and agitated.That's how a lot of Cristiano Ronaldo fans felt after their idol was pipped to the Ballon d'Or post by Lionel Messi.
Sport
2 years ago

It used to be that a Bafana Bafana match would not go by without the masses pulling their chairs closer to the television to sit in a trance of some ...
Sport
2 years ago

The South African Football Association (Safa) will propose a new subscription payment – a figure of perhaps R100 annually – for all its three million ...
Sport
2 years ago