Mosimane after Zinnbauer's arrival at Pirates: 'I'll speak to Rulani and find out how he's feeling' 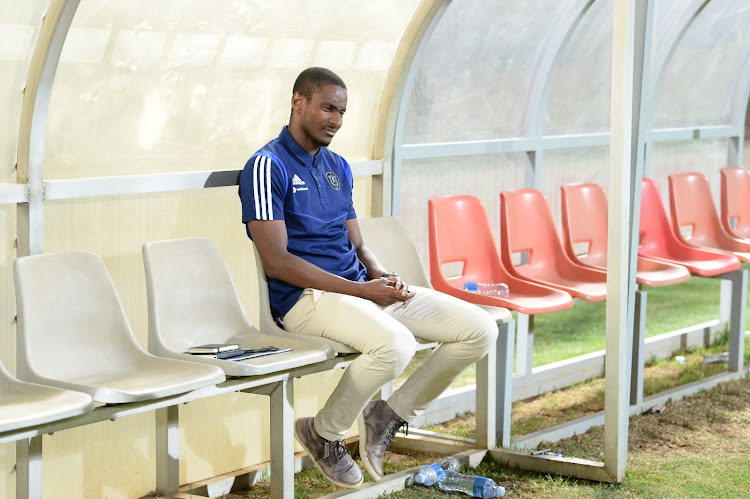 Mokwena was relegated back to the role of assistant coach after Zinnbauer's arrival and Mosimane said he would comfort his "brother".

“I will give him a call but I know emotions will be different‚" Mosimane.

"I will speak to Rulani and find out how he is feeling and try to advise him as my brother.”

Sundowns face Maritzburg United in the Telkom Knockout final at Moses Mabhida Stadium in Durban on Saturday but Mosimane said he had time for Mokwena.

“He (Mokwena) still has space in SA football‚" he said.

"There are coaches who have been here for a very‚ very long time and they have won only one trophy.

"He must come back‚ I mean‚ he didn’t even finish a season.

"When you are not hands on and working in the background‚ you learn and you improve.

"You can also do other things because pressure is not on you‚ but he is a very good coach.

“I said it before that he is going to get better than me and I still believe that.

"I was a coach at SuperSport United for seven years in the PSL and I left to become an assistant for five years.

"There is nothing wrong if he is an assistant again and these are words of encouragement from me to him.”

Mosimane added that Mokwena was not too young to coach Pirates at the age of 32.

“What is too young?

"PSG coach Thomas Tuchel and the other coaches have all come up.

"There is never too young‚ there is always a balance of 'are the players accepting and playing for you?'

"You need experience and you also need a little bit of luck to get there‚ let’s be honest.

“I am happy that he fulfilled his dream and vision because he spoke to me (and said) 'I want to coach Orlando Pirates.'

"He said 'as long as I am sitting next to you here at Sundowns‚ I am behind you all the time' and I said 'go for it my boy because you will never know.'

"I was a coach at SuperSport United at 33 years or so and I was swimming with the sharks like Gordon Igesund‚ Clive Barker‚ you name them.

"He has achieved his dream and vision but it is never the end and he remains one of the good coaches I have worked with.

“I am just not happy that a local coach is gone and this is not to say that I don’t want foreign coaches‚ but I look after my country.

"I know the struggle that we go through but I can say that at least Clinton Larsen is back and one of the local coaches is back in a job.

"I will always speak for local coaches‚ especially black local coaches‚ because you really have to convince that you are good and sometimes you are not given enough time.”

Mamelodi Sundowns striker Emiliano Tade has walked away from the club after deciding he no longer wanted the life of a professional footballer and ...
Sport
2 years ago