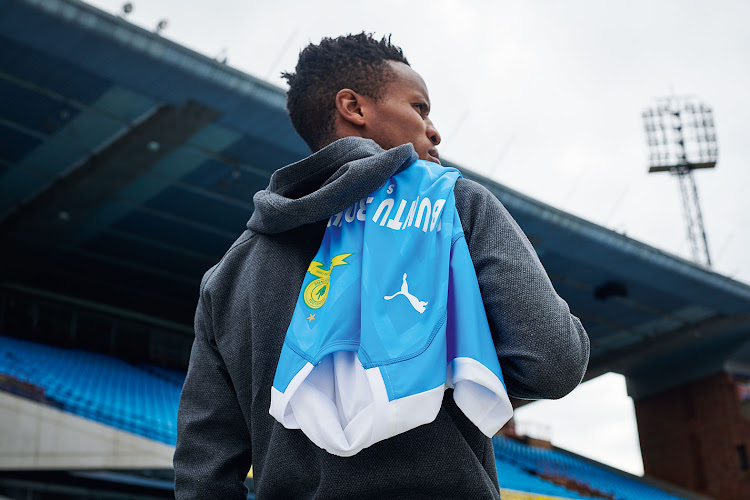 Mamelodi Sundowns coach Pitso Mosimane is satisfied that key attacker Themba Zwane has proved his fitness ahead of the Telkom Knockout final against Maritzburg United at Moses Mabhida Stadium on Saturday.

Zwane, who is the conductor of the Sundowns orchestra together with Gaston Sirino, finished his second match in the 3-1 win over Stellenbosch FC during the week following a return from two month injury lay-off.

“Against Stellenbosch on Wednesday, he was not supposed to have played for 90 minutes because I was afraid I will overload him for the final,” Mosimane said.

The coach said he wanted to replace Zwane in the second half against Stellenbosch but the enforced substitutions of Rivaldo Coetzee and Tiyani Mabunda meant the Bafana Bafana international had to stay on the pitch until the end.

“He doesn’t have match fitness because he just came back from a two-month injury lay-off and we are supposed to be building him up, like we are building Sirino,” Mosimane said.

“I had a problem on the pitch because of the forced changes, like that of Rivaldo, who was injured, and Tiyani, who had flu. Mabunda played with flu but he told me he was okay to play the match, and I trust him when he says he is okay.

“You must also remember that he hasn’t played a lot so far this season and he said, ‘Coach, I want to play’, and he played. Those were the two forced substitutes but not only that, there were also tactical reasons because of the many changes we made for the match.”

Zwane struggled to take control of the game in the first half but Mosimane was satisfied with the way the attacker bounced back after the break.

“In the second half he played very well and he came back to the level we know,” the coach said.

“You could see in the first half that he didn’t have those touches and he didn’t catch up with the speed of the game. But when we needed him the most to win, he came up.

“Look at the balls he distributed and he could have scored also. I am wondering if we didn’t overload him. We have to look after him, and if he must take a day off later in the week he must do that."

Mosimane denied that Sundowns are favourites for the final.

“I don’t think we are favourites. Maritzburg United have the edge because they have been winning more games than us,” he said.

“If you are talking about the profile of the clubs, of course, we can’t put any excuse that we are favourites in that space.

“But football is a match and it is your form – you must know that a cup match is not the league. You can lose or draw all the games in the league but come cup day, you win.”

The season of Mamelodi Sundowns utility player Rivaldo Coetzee may be over.
Sport
2 years ago

Mamelodi Sundowns showed character to come back from a goal down to beat stubborn Stellenbosch FC 3-1 during their Absa Premiership encounter at ...
Sport
2 years ago