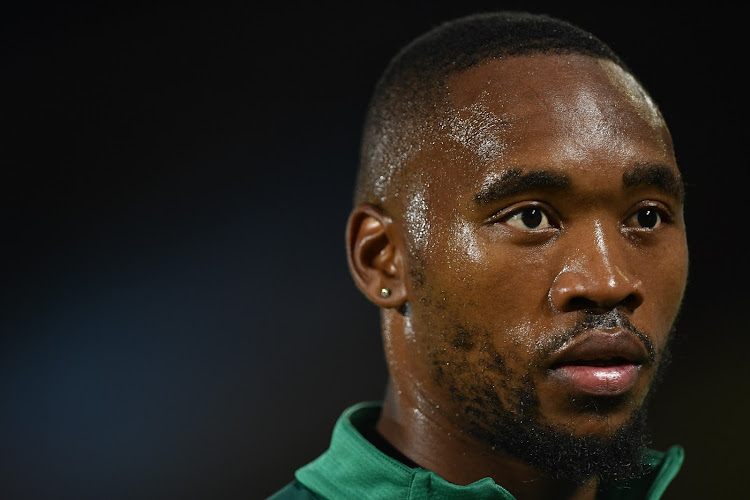 Midfielder Sibusiso Vilakazi says four years is a long time for a championship-winning team like Mamelodi Sundowns not to win a domestic cup competition.

Though they have failed to lay their hands on a major cup trophy in that four-year period, the Brazilians have proved hugely successful in the league, winning the championship three times.

The last time Sundowns won a cup competition was in this same tournament in 2015, where they beat Kaizer Chiefs 3-1 at Moses Mabhida.

“It is important for the team to get something on Saturday because it has been a dry few years with regards to domestic competitions for us,” Vilakazi said this week.

“The final is in front of us against Maritzburg and we just have to go for it. Since the last time we won a cup competition, we have tried our best to win but the reality is that we were not able to go all the way.

“This is another opportunity for us to win something for the club and the supporters who have supported us.”

Sundowns go into this clash on the back of a come-from-behind league victory over Stellenbosch FC on Wednesday at Loftus and Vilakazi said the win was a timely morale booster.

“It was important for us to beat Stellenbosch at home on Wednesday because now we are starting to get our rhythm. We wanted to be consistent with back-to-back wins because for the past couple of games we have been inconsistent,” he said.

“You saw in the first half against Stellenbosch where they led 1-0 at half time, we did not play that well but credit must go to the guys because we came back stronger after the break and redeemed ourselves.

“We played good attacking football where we scored three goals and that will definitely help us in terms of confidence for the final.”

Asked to dissect United, who reached this stage by eliminating huge favourites Chiefs in the last round, Vilakazi said they will have to be at their best to lift the trophy.

“We did well to reach this stage but Maritzburg are a very organised team with a good coach in Eric Tinkler.

“They will try by all means to stop us from having the ball — we always try to dominate with the ball because that’s how we give ourselves opportunities to penetrate.

“I think they will also try to catch us on the counterattack because they have quick attackers.”

Mosimane after Sundowns win questionable penalty: 'If we benefited why not‚ it’s about time'

Fiery Mamelodi Sundowns coach Pitso Mosimane has fired back at cynics who say the club benefited from a poor refereeing decision and said they can ...
Sport
2 years ago