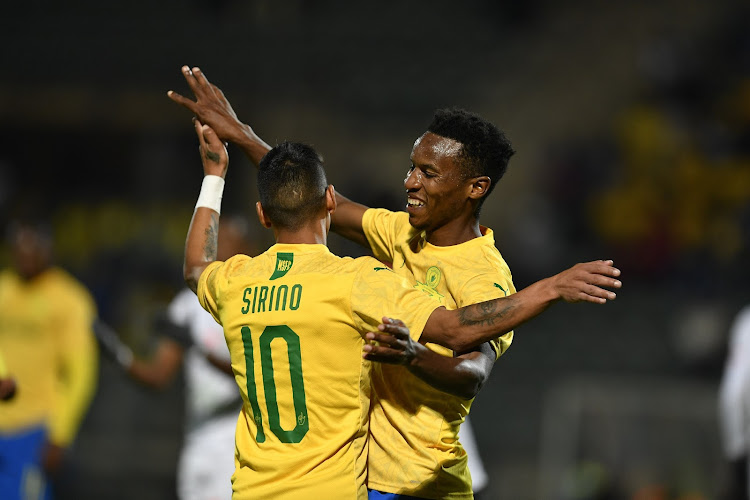 United’s coach was reminded of the influence that Zwane, who has played two games after his return to action, has on any game that the Brazilians play, and asked how he has planned to nullify the player.

“I think it’s going to be questionable whether Themba starts to be honest,” Tinkler responded.

“He’s been out for a while. It will be questionable whether he will be in that starting line-up. I think right now the most influential player who’s been there for them has actually been Sirino.

“He’s back [from suspension] and he didn’t play [on Wednesday night as Downs beat Stellenbosch 3-1 in the league]. [Hlompho] Kekana, [Andile] Jali, [Thapelo] Morena, [Tebogo] Langerman, they were all rested.

“These are the key players for them. [Mauricio] Affonso — there was a rumour he was injured but I saw him come on against Stellenbosch. You’ll see a strong team from Sundowns.

“They’ve got a lot of depth and a lot options that [coach] Pitso Mosimane has at his disposal. But at the same time he’s the man who’s got a lot of belief in not changing a lot of his team.

“But I think, looking at the Stellenbosch game last night, he’s taking this game very seriously because he rested a lot of key players.”

Maritzburg’s previous final ended in a 1-0 defeat to Free State Stars in the Nedbank Cup at Cape Town Stadium in May 2018.

Maritzburg, who slew Kaizer Chiefs 2-1 in the semifinals, have hit form with just one defeat in their last 11 league and cup matches.

Sundowns, 2-1 winners against Golden Arrows in the semis, have gone five games unbeaten in all competitions juggling their usual gruelling programme of domestic and continental matches.

Maritzburg United coach Eric Tinkler is itching for a spectacle free of questionable calls from the match officials when his team take on the ...
Sport
2 years ago