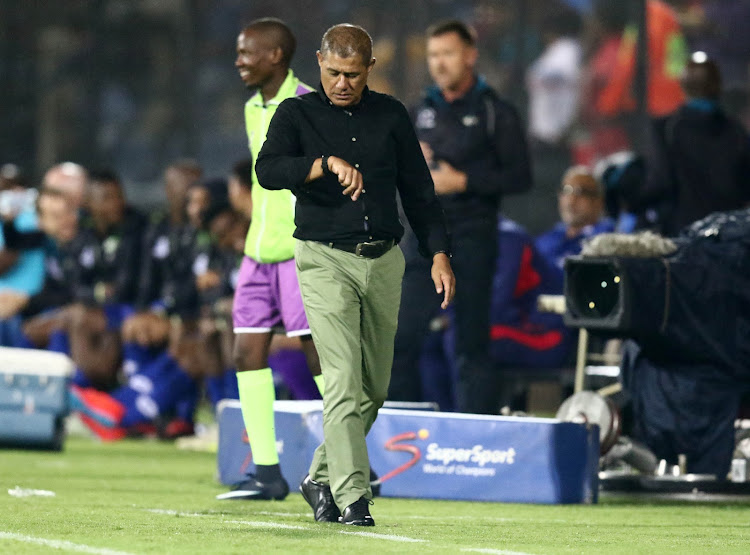 “Yes‚” he said‚ asked to confirm Leopards had hired their new coach.

Asked if he was happy at such a quick appointment of an experienced PSL coach‚ Thidiela said: “That’s why he’s here.”

He added‚ chuckling: “If I was not happy I would not be bringing him here.”

Thidiela said he could not reveal any more details of the mystery “personal reasons” for Eymael leaving Leopards so abruptly.

The Belgian former Free State Stars and Polokwane City coach had overseen an upturn in form for the Thohoyandou-based team‚ arriving after Frenchman Lionel Soccoia was sacked as Lidoda Duvha began the 2019-20 season with just one win from six matches.

Nikola Kavazovic says he wanted to play attractive and stylish football when he arrived to take over at Free State Stars but has learnt quickly that ...
Sport
2 years ago

Under Eymael‚ Leopards had won four out of eight league and cup games‚ drawing two and losing two.

“I don’t know what Eymael’s personal reasons were‚” Thidiela said. “I only received his resignation letter and I accepted it.”

Eleventh-placed Leopards return from the Absa Premiership’s Christmas break with their fixture on Sunday against Highlands Park at Makhulong Stadium.

Thidiela said Johnson will begin taking charge of the team’s training sessions in Polokwane from Monday.