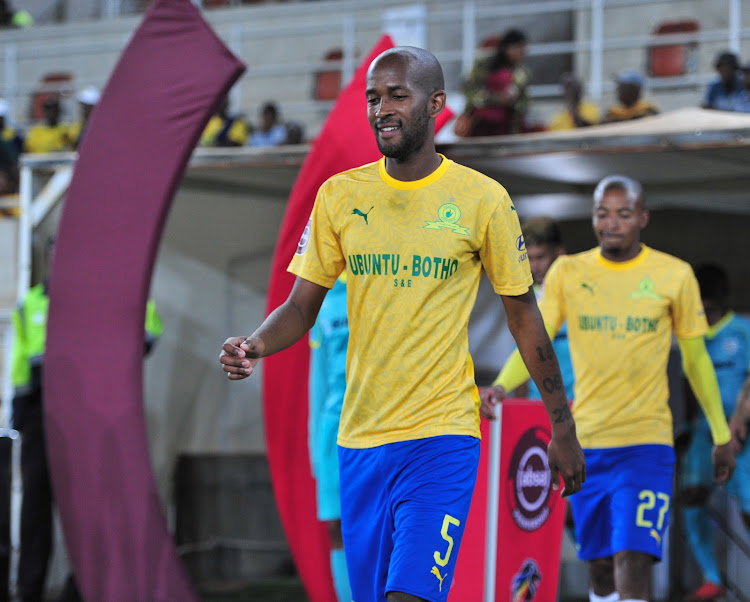 Mosa Lebusa has revealed that he asked Mamelodi Sundowns coach Pitso Mosimane on joining the club from Ajax Cape Town to be played at centreback.

Lebusa had made his name at Ajax as a dependable left-back. He said it was by circumstance‚ and from competition with players like Taariq Fielies and current Downs teammate Rivaldo Coetzee‚ that he was moved out wide from his more natural central defensive position.

Joining Downs‚ Lebusa‚ who has matured into one of the most consistent centrebacks in the Premier Soccer League at the Brazilians‚ asked Mosimane for a switch back to the middle.

“Before I went to Sundowns I had a brief chat with him‚ and then I told him straightforward that‚ ‘I don’t see myself as a left-back any more. I want to be a centreback’‚” Lebusa said‚ as Downs prepared this week to face USM Alger in Saturday’s Caf Champions League Group C match at Loftus Versfeld (kickoff 3pm).

“Luckily he was looking for a centreback. And he said‚ ‘If you are willing to work hard and willing to listen to me‚ and do the job‚ then I do want a centreback‚ and I’ll gladly make you a centreback’.

“That’s how I came to Sundowns and ever since then I’ve worked hard‚ listened to every instruction‚ and Wayne has been helping me as well.

“He’s a good professional. All the games he played he did well. When I play he wishes me luck and advises me.”

Lebusa said with Fielies and Coetzee ahead of him in the pecking order in the Ajax youth system at centreback‚ he got pushed out wide.

“I had always been a centreback. The only reason I played as a left-back was because of Rivaldo‚” the defender said.

“In the youth at Ajax it was me‚ Taariq Fielies and Rivaldo as centrebacks. We played in the Copa tournament in Amsterdam. The first team coach at the time wanted to see all three of us play together.

“Because I was left-footed I had to be sacrificed and ended up at left-back. The coach liked me there‚ and said I would grow in that position‚ and once I was comfortable in the PSL he would move me to centreback.

“As time went on Rivaldo also got promoted‚ and then I couldn’t shift inside.

“So I felt I was at a stage in my career where if I failed‚ I wanted to fail as a centreback‚ not a left-back. So I made sure that in my next move I had to be a centreback.”

A win against USM will see Sundowns clinch qualification for the 2019-20 Champions League quarterfinals.