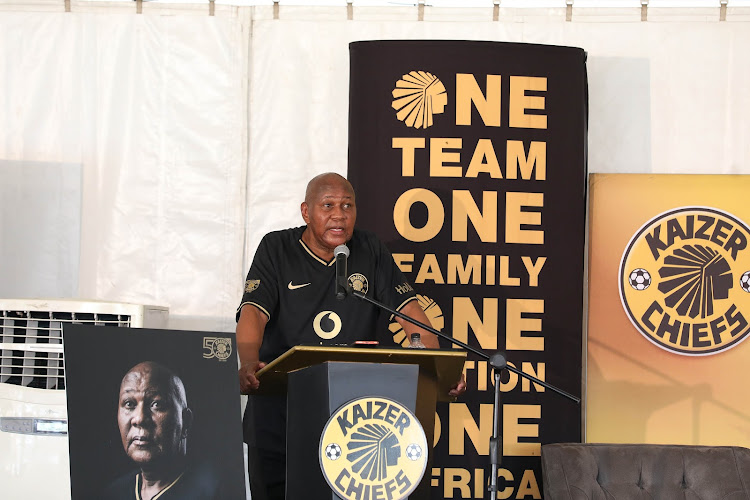 Kaizer Chiefs caught the imagination of the football public because they would sweep up the best players everywhere they played‚ and actively interacted with and touched communities like no club before them‚ Amakhosi chairman Kaizer Motaung has said.

As Chiefs turned 50 this month‚ founder Motaung was asked to explain why Chiefs so quickly caught the imagination so quickly from their founding on January 7‚ 1970.

Star-studded Amakhosi not only soon became a trophy machine‚ they also in a short space of time grew into the country’s biggest-supported club‚ usurping even their archrivals and the team they broke away from‚ Orlando Pirates.

.@KaizerChiefs chairman Kaizer Motaung on what set Chiefs apart from their founding in January 1970 and how they caught the imagination of the SA football public so quickly. #KaizerChiefs50 @OfficialPSL pic.twitter.com/pUgAtgZkTV

“I think the timing was correct‚” Chiefs’ founder Motaung said.

“It was probably the right time to start it‚ because one of the things at that time was that there were maybe one or two teams dominating.

“And of course there was this fragmentation of our sport in South Africa‚ so there were a lot of things that were not as they should be.

“I think in the main it’s because when we started we identified the need for us to actually touch‚ and be in touch‚ with the communities.

“And this was one of our strategies recruiting players. Because when we started we played friendly matches around the country.

"And we made sure that every part we touched‚ if there was great talent there and maybe an outstanding player‚ that we were able to get the player to play for us.

“And this is how we amassed the support from each and every [part of the country]. And what we did‚ in fact‚ as a strategy‚ too‚ from our supporters club was that the branches themselves would identify the talent so that when we came to play there‚ they had already identified the players we needed to look at.

“So we got the communities involved. And in return obviously we did quite a few CSI [corporate social investment] things that clubs were not doing in their local environment. So we actually got in touch with the people.”

Motaung‚ who turned 75 on October 16 last year‚ was only 25 when he returned from his second season at Altanta Chiefs in the USA’s North American Soccer League (NASL) and founded Chiefs.