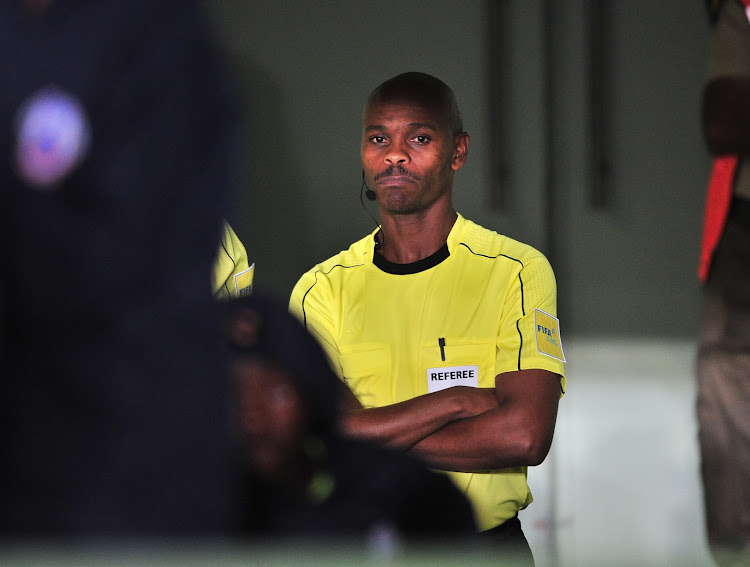 A total of 96 referees began their week-long mid-season assessment in Johannesburg on Monday to judge their suitability for the Premier Soccer League panel.

They underwent fitness tests first‚ with the results still being analysed but with anyone who failed the stiff endurance examination to be immediately taken off the panel.

They will spend the rest of their time in the classroom‚ updating themselves on changes to the laws of the game and studying game situations to better equip themselves to make quicker and correct decisions.

Most of the video clips shown to them are from recent Absa Premiership games‚ said South African Football Association refereeing boss Tenda Masikwa.

The course work is being led by Lim Kee Chong from Mauritius‚ who is also a senior member of the Confederation of African Football’s refereeing staff‚ and FIFA instructor Felix Tangawarima from Zimbabwe.

They have regularly travelled in the past to instruct local referees.

Jerome Damon‚ who now works for FIFA and Enoch Molefe are also giving instruction‚ Masikwa said. They are both World Cup veterans.

The fitness test are held twice annually for referees.

Those who fail are given a chance to get back on the panel by retaking the test‚ but only after six weeks.

In the meantime‚ Thando Ndzandzeka has been restored to South Africa’s list of FIFA referees after being mysteriously bumped off for 2019.

It means there are now six South African referees on the FIFA panel‚ which entitles them to officiate international matches‚ where they earn themselves a minimum of 1 200 US dollars (about R17 000) at a time.

It is the pathway to officiating at major tournaments like the World Cup and Africa Cup of Nations finals and a FIFA badge is the highest level to which a referee can aspire.

Victor Gomes and Eugene Mdluli keep their places on the FIFA list but Daniel Bennett and Chris Harrison have been dropped.

They are replaced by Luxolo Badi‚ Tshidiso Maruping‚ and Abongile Tom.

Olive is the only newcomer.