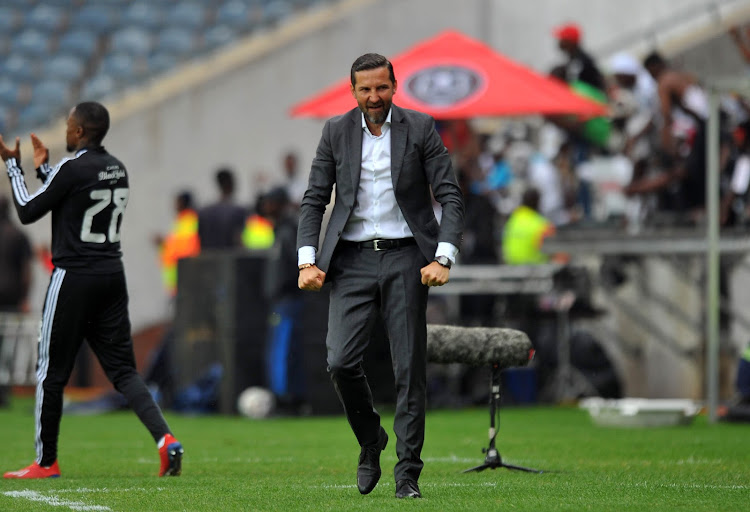 Josef Zinnbauer has got Orlando Pirates playing exciting attacking football that has been accompanied by goals.
Image: BackpagePix

Josef Zinnbauer has thrown open the door for a number of fringe players to compete for places as he settles into his role as Orlando Pirates coach.

The German gave left-back Bongani Sam his debut when the Bucs beat Highlands Park 3-1 at Orlando Stadium on Saturday to take his points tally to 13 from a possible 15 after winning four and drawing one since his first match against Black Leopards on December 21.

Paseka Mako‚ another player who scored on Saturday along with league top scorer Gabadinho Mhango and Thembinkosi Lorch‚ also got a chance to show his worth.

“We’re happy that we have players who can come in‚” said Zinnbauer of the left-footed Mako and Sam‚ who took the places of suspended Vincent Pule and Innocent Maela. 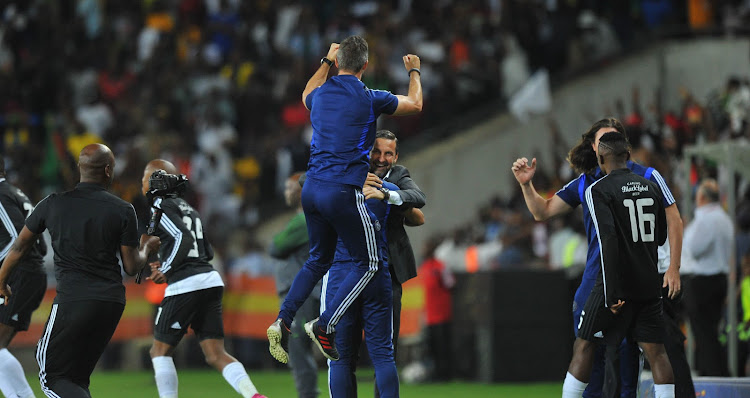 Attendance numbers at Orlando Stadium have increased considerably since the German coach took over.
Image: BackpagePix

“Sam and Mako came in and it’s nice for me that they had a good game.

"Mako scored and that’s the thing that the coach wants.

“We want to see the work that we put in the training sessions on the field of the game. Mako and Sam made this and we’re happy.

“Sam was waiting for a long time for game-time but I’m happy that he had a good performance. Mako too… it’s good that the players want to be in the team.

“They’re now in the team and they don’t want to get out.

“This seems to be working now and we have fun in training and when you’ve got the result you can work well with the team.”

Zinnbauer was also particularly impressed with the way the Bucs attacked Highlands in the first half where they scored all their three goals.

He felt that Pirates should have killed the game as a contest had they buried the two or three more chances they had before the visitors put them under pressure in the second period. 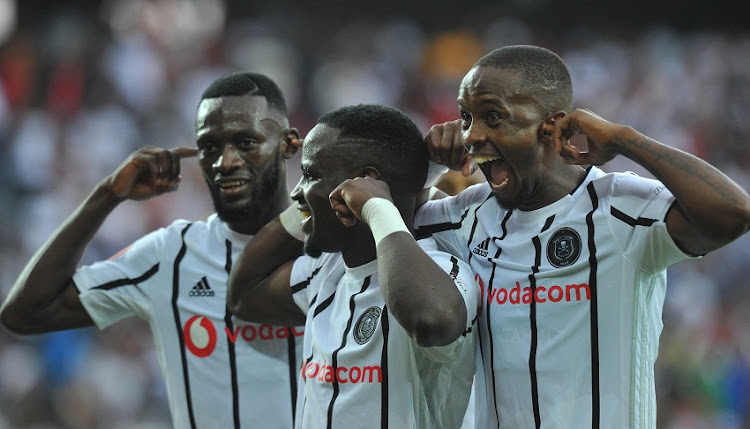 “We had three goals and you know the players… it’s then a point when they say yeah it’s easy today‚” said Zinnbauer of his charges taking their foot off the pedal in the second half.

“We had a tough game (on Wednesday against Mamelodi Sundowns) and maybe they were a little tired.

“The opponents had nothing to lose and they make this count.

"It’s not so easy to come back but still we had a lot of chances and maybe two or three shots on goals.

“In the first half we had a lot of chances‚ even in the second half we hit the post with (Luvuyo) Memela’s shot.

“We also had a lot of counterattacks when we played exactly the way we want to and we could have scored five or six goals.”

Zinnbauer said he was happy that he would have at least five days to work on his team before Pirates‚ who remained fifth‚ host relegation-threatened AmaZulu FC on Saturday.

Mamelodi Sundowns coach Pitso Mosimane intends to push ‘well rested’ Kaizer Chiefs all the way to the finish line in what is expected to be an ...
Sport
1 year ago

Mosimane on Sundowns' failure to sign Musona: 'We can’t match the Qataris with money'

Mamelodi Sundowns coach Pitso Mosimane has confirmed that the club tried to sign striker Knowledge Musona but failed to land the Zimbabwean ...
Sport
1 year ago