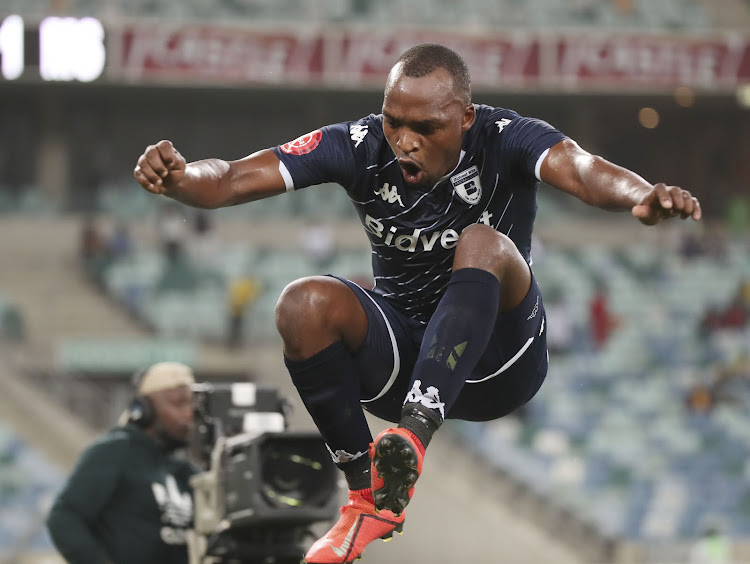 Bidvest Wits striker Gift Motupa got the nod for Premiership player of month for the same period.

Also winning in December was Kaizer Chiefs striker Samir Nurkovic‚ who won the goal of the month for December for the first goal he scored against Bloemfontein Celtic en route to a hat-trick in a match his side won 5-3 in Durban.

While Motupa and Nurkovic were at the Premier Soccer League offices in Parktown to receive their awards‚ Mosimane was not available as he is away with his team in Angola.

Mosimane's Brazilians remain seven points behind leaders Chiefs on the domestic front and they are chasing a record 10th Premiership title.

Motupa and Nurkovic have scored 15 goals between them in the league‚ with the former scoring five for Wits while Nurkovic has found the back of the net 10 times in his maiden season in the Premier Soccer League.

Baroka FC are confident that they will have coach Dylan Kerr on the bench for their crucial Absa Premiership clash against Maritzburg United on ...
Sport
2 years ago

There is a consistent theme being trotted out by Cape Town City players over the past few weeks suggesting that the heart‚ soul and inspiration of ...
Sport
2 years ago

Bafana Bafana will face all too familiar foes in their bid to qualify for the 2022 FIFA World Cup after being drawn in a tough Group G at the draw in ...
Sport
2 years ago